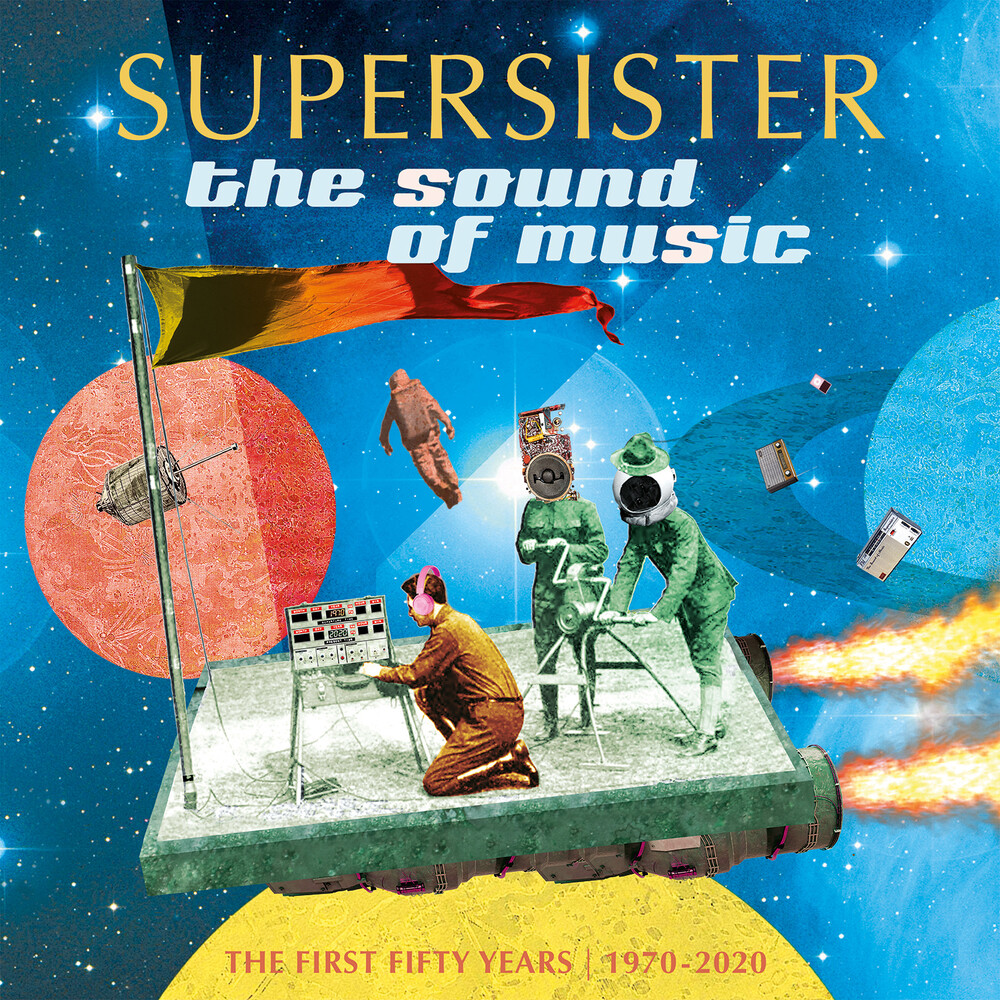 Supersister was a Dutch progressive rock band and featured Robert Jan Stips (vocals/electric piano), Sacha van Geest (flute), Marco Vrolijk (drums) and Ron van Eck (bass). When Supersister first came out in 1970 they were quickly seen as one of Holland's most creative and unique bands, both amongst their fans and peers. Their original first five albums were inspired by the likes of Soft Machine, Caravan and Frank Zappa. Soft Machine's Dean Elton was even part of the band line-up in 1974. In 1970 their debut album Present From Nancy was released, which got picked up and played by British BBC dj John Peel in his influential BBC radio show. The band broke up in 1974 and reunited in it's original line up in 2000 at the request of the Progrock Festival in Los Angeles.Fans from all over the world flew to LA to see the band play live one more time. More shows were planned after this, but after only a handful of gigs band member Sasha died unexpectedly in 2001, again bringing an end to the Supersister story. In 2010 the 3 surviving members play a TV gig which makes them consider more shows yet again. And yet again, these plans are cut short when Ron van Eck passes in 2011.A TV documentary about the band's master mind Robert Jan Stips brings the remains of Supersister back together in 2019. With help from their friends Rinus Gerritsen and Cesar Zuiderwijk (Golden Earring), Henk Hofstede and Rob Kloet (Nits) and others they start writing and recording new songs, which leads to the Supersister Projekt album Repus Retsis (Supersister written backwards) and a new tour. This brand new 2LP compilation, features songs from the original 5 albums plus the 2019 album and was compiled especially for Record Store Day by the band's leader Robert Jan Stips. The artwork has been created especially for this RSD release. The Sound Of Music (1970 - 2020 The First 50 Years), is available as a limited edition of 1500 numbered copies on crystal clear (LP1) and transparent yellow (LP2) colored vinyl.