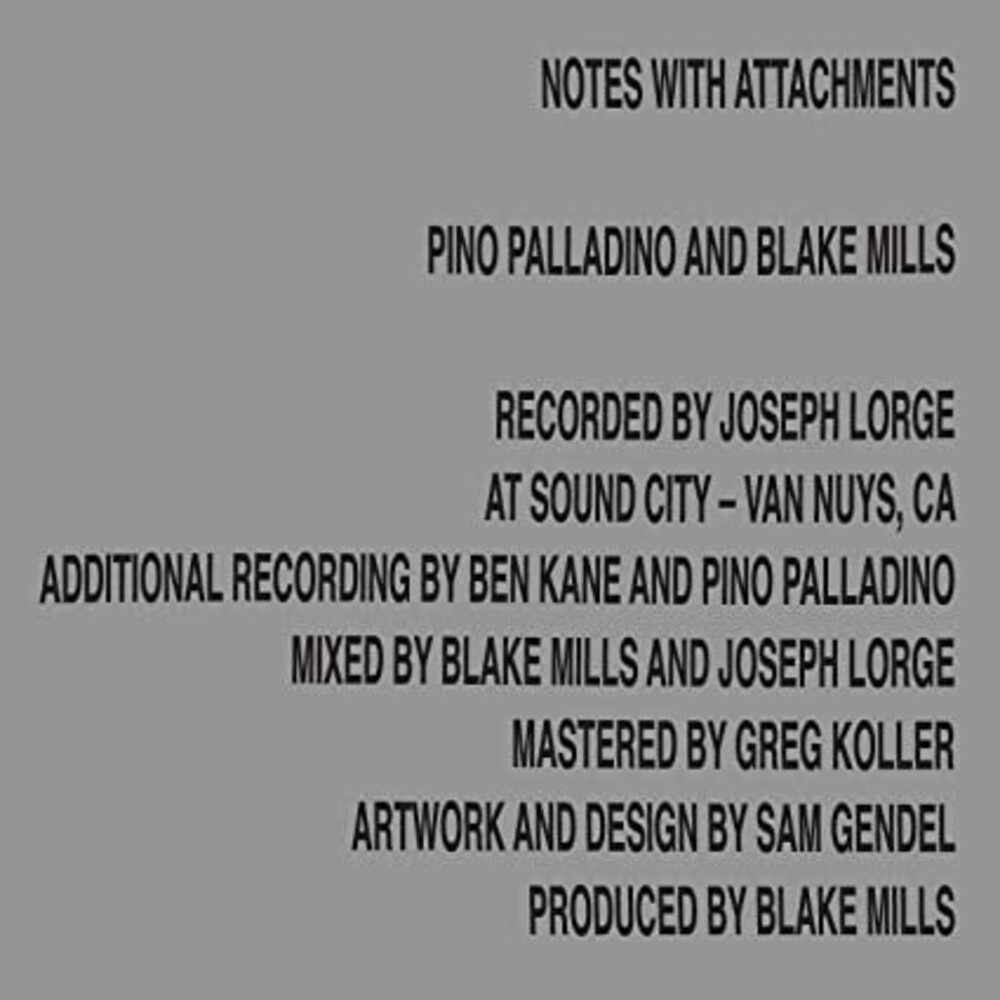 Bassist Pino Palladino and multi-instrumentalist and producer Blake Mills have announced a new collaborative album Notes With Attachments, which will drop on March 12. The two acclaimed musicians have shared the first single from the album titled "Just Wrong," along with a music video.

"With a song like this, built in layers, at various points along the road you look around and go: what is this? Where is the composition? Sometimes you end up drawing the blueprints of the house after it's fully been built," Mills said about "Just Wrong" (via press release).

"It all evolved from me playing Blake a few ideas, getting a reaction from [him] and seeing if he'd be interested in working on [them]," Palladino explained of the album (via press release). "As the project evolved in the first few weeks and months-even though the music was mostly coming from my original ideas, some of which I'd had for quite a while-[because of] Blake's response to the ideas, it dawned on both of us that it would be a collaborative record."

The record was recorded in stages over the course of two-plus years. It features drummer Chris Dave, saxophonists Sam Gendel, Marcus Strickland and Jacques Schwartz-Bart and keyboardist Larry Goldings, among others.