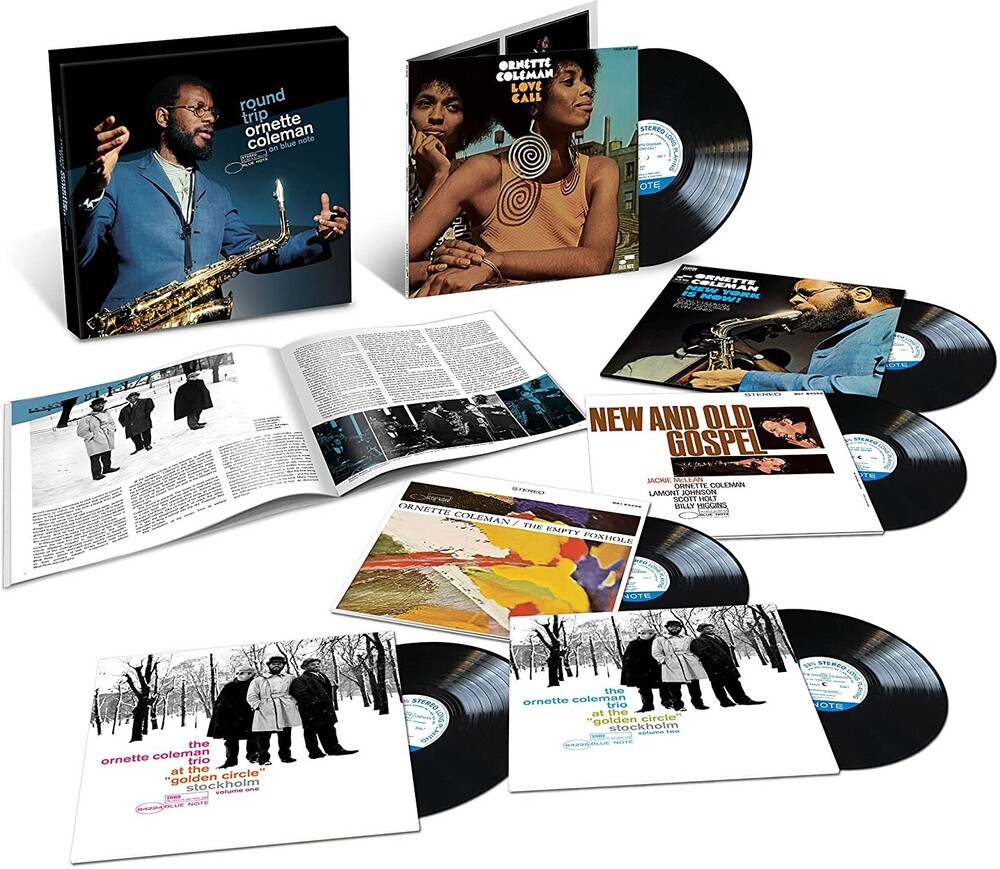 Coleman shook the jazz world when he arrived at the Five Spot Café in New York City in 1959 and began his run of seminal albums on Atlantic that laid the foundation for the free jazz movement to come. After a period of disillusionment during which he withdrew from public music making, Coleman re-emerged on Blue Note in 1966 and began writing an intriguing new chapter of his legendary career.

"I have been an Ornette Coleman fanatic going back to the late-60s, in fact going back to the time the records in this set were originally recorded for Blue Note," says Harley. "Turns out Don Was is as big an Ornette fan as me, so it was only a matter of time before we put our heads together to plan this boxset. I love those early records Ornette did for Atlantic. who doesn't? But I feel that Ornette's later recordings for Blue Note are every bit as vital and important to gain a more complete understanding

"It is true that the most shattering of his wails could wake the proverbial dead," writes Conrad in his essay. "But something happened to Coleman's tone while he was woodshedding those two years. In the Golden Circle it is still penetrating but more pure. His cries are even more vocal, more human. His control of microtones provides new resources of expression. He can now make the same note sound ecstatic or despairing or anywhere in between, through microtonal nuance."

In late 1965, Coleman embarked on his first tour of Europe with a new trio featuring David Izenzon on bass and Charles Moffett on drums. Two nights of the trio's two-week engagement at the Golden Circle (Gyllene Cirkeln) in Stockholm, Sweden were recorded and released across two volumes the following year. The freewheeling live sets were electrifying and found the saxophonist jumping off into sound explorations on the violin and trumpet as well.

Coleman's first studio recording for Blue Note was his first studio album in four years and he once again confounded expectations by selecting his 10-year-old son Denardo Coleman to play drums on the date alongside bassist Charlie Haden. The music is raw and exploratory with solemn ruminations and bursts of unbridled joy. The striking album cover features a painting by Ornette himself.

Coleman's next appearance on a Blue Note album came in a rare sideman role on this explosive session led by alto saxophonist Jackie McLean. McLean had already waded into the avant-garde on prior Blue Note dates like One Step Beyond and Destination. Out!, but he went even deeper here with Coleman featured entirely on trumpet along with LaMont Johnson on piano, Scott Holt on bass, and Billy Higgins on drums. Following an extended suite by McLean on Side 1, the second half of the program featured two Coleman c

On April 29 and May 7, 1968, Coleman brought a dynamic quartet with tenor saxophonist Dewey Redman, bassist Jimmy Garrison, and drummer Elvin Jones into the studio to record what would yield his final two albums for Blue Note. The alchemy of this group, which combined Coleman's first-time two-saxophone pairing with a rhythm team deeply associated with John Coltrane, produced thrilling results.