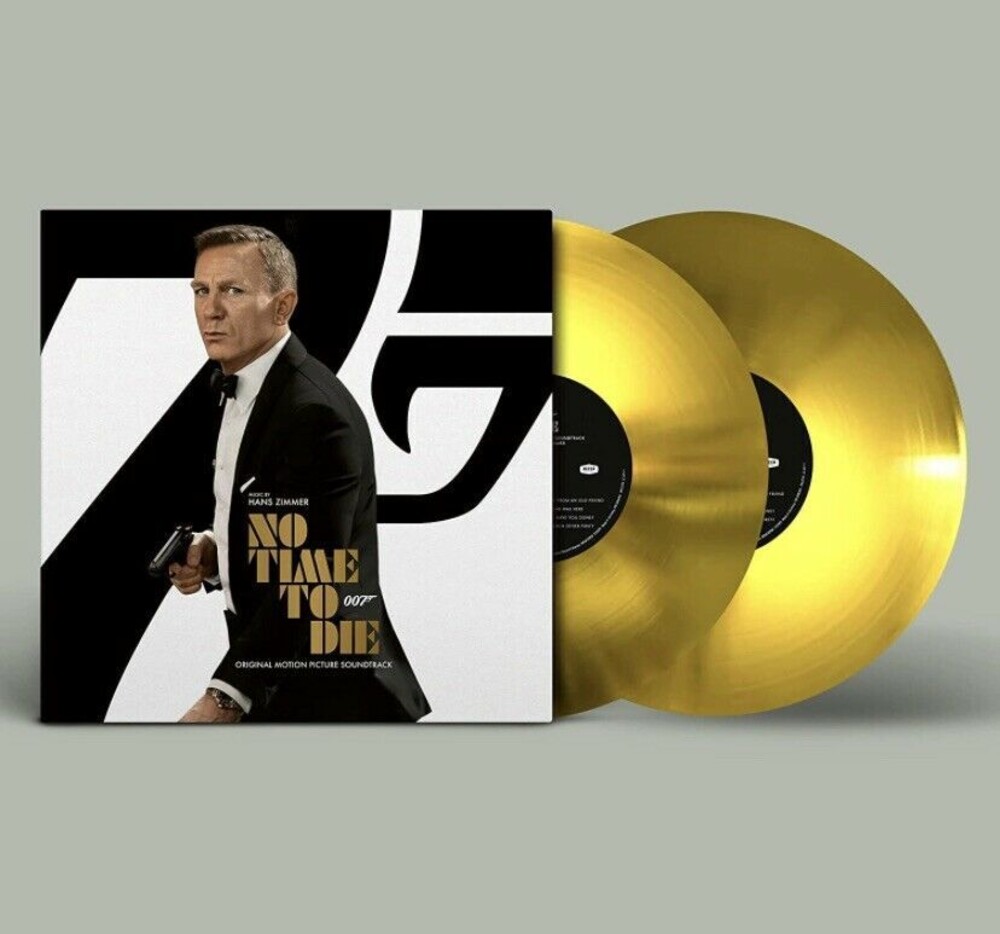 Limited edition double-gold vinyl pressing. This vinyl version features an additional four short music cues listed only as Q1, Q2, Q3 and Q4. No Time to Die: Original Motion Picture Soundtrack is the soundtrack album to the 25th James Bond film of the same name. Released by Decca Records on 1 October 2021, the music was composed by Hans Zimmer, making him the sixth non-British composer after Marvin Hamlisch, Bill Conti, Michael Kamen, Éric Serra and Thomas Newman to score a film in the series. The film's theme song of the same name performed by Billie Eilish, was composed with her brother Finneas O'Connell.