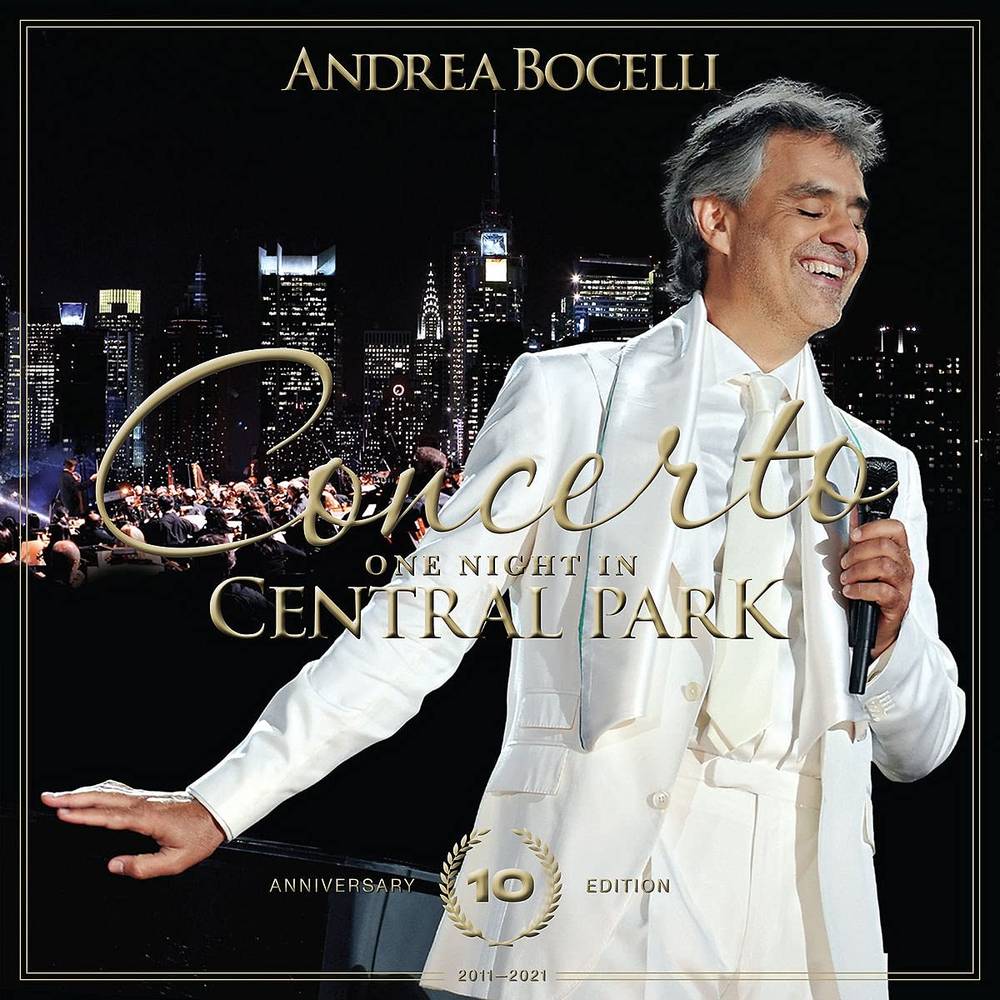 Andrea Bocelli, one of the most celebrated singers of all time, speaks emotively of a particularly poignant moment in his career, the One Night in Central Park concert. A childhood dream come true; the event marked Bocelli's global significance and ongoing journey as a superstar. Now, in the summer of 2021, Bocelli embraces ten years since the all-star extravaganza. The special remastered album, Concerto, One Night in Central Park, captures the charming, but raw, nature of a live album that was lovingly recorded in New York, September 15th, 2011. Packaged in a special 6 page digipak with brand new liner notes this 10th Anniversary 'Fan Edition' features the original remastered album features exceptional new renditions, including brand-new recording of O Sole Mio and a bonus DVD of the concert filmed on that extraordinary night, the DVD includes bonus features including 'the making of Central Park'.