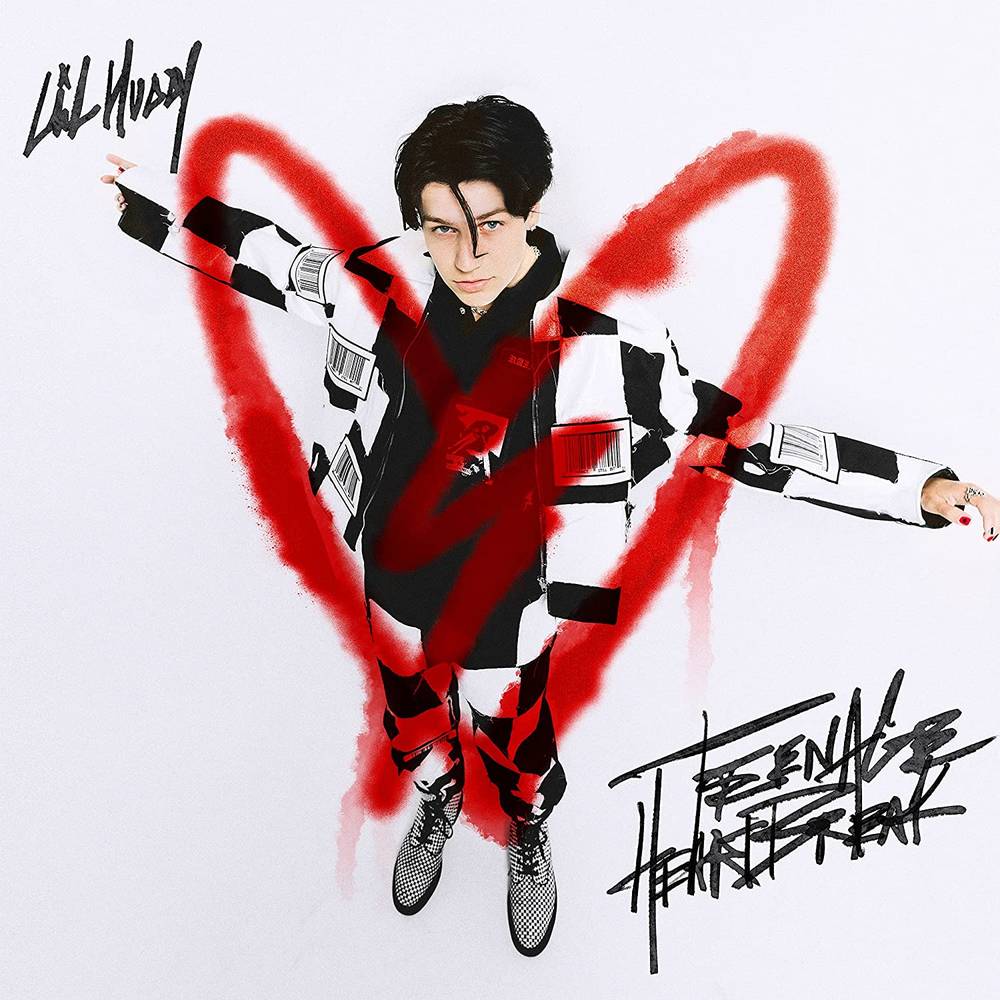 LILHUDDY releases his debut album Teenage Heartbreak on Sept 17, including previously released songs "21st Century Vampire," "The Eulogy Of You and Me," "America's Sweetheart," & "Don't Freak Out" ft iann dior, Tyson Ritter and Travis Barker. After racking up over 100 million streams in less than a year and receiving acclaim from Vogue, Interview, i-D, PAPER, and Nylon, the album is a perfect hybrid of pop, punk & alternative with an underlying message encouraging authenticity & self-acceptance.