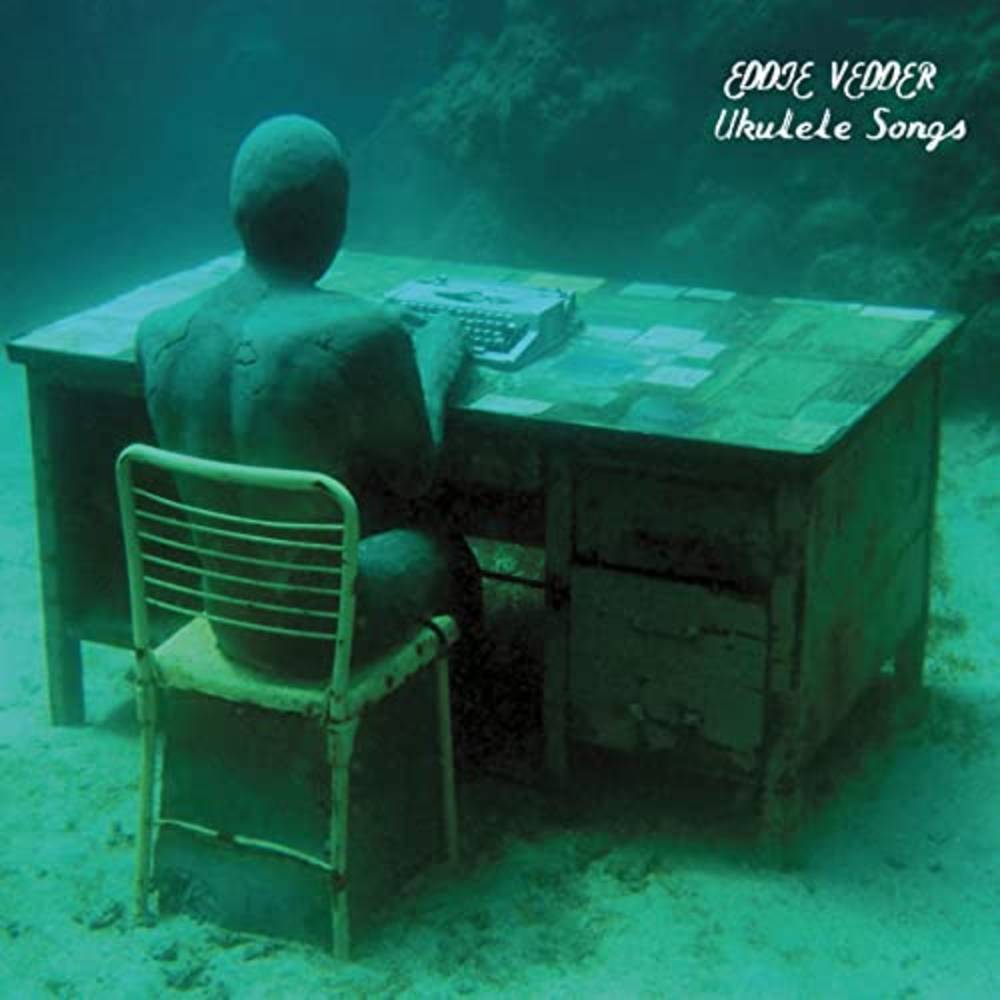 Ukulele Songs comprises a fine mixture of original material penned by Vedder that he initially performed live, alongside vintage classics and standards. A recast, uke-driven version of "Can't Keep," which originally appeared as the opening track on Pearl Jam's hard-charging November 2002 album Riot Act, opens the proceedings, while newer-bred original songs like the resigned lament of "Sleeping By Myself," the charming love orbit of "Satellite," the hopeful brightness of "Light Today," and the instrumental interlude "Waving Palms" all set the table for the 35-minute album.

Guest vocalists appear on a pair of key Ukulele tracks, both of them fine covers of notable standards. First, Glen Hansard (The Frames, Once) adds his Irish folk DNA to "Sleepless Nights," which was written by Felice and Boudreaux Bryant and remade by The Everly Brothers in 1960, in addition to later being covered by the likes of Emmylou Harris, Patty Loveless, and Elvis Costello.

Second, Cat Power lends her passionate tone to "Tonight You Belong To Me," a jazz standard written in 1926 by lyricist Billy Rose and composer Lee David. This track has also been subsequently covered by the likes of Frankie Laine, Patience and Prudence, and Dottie West. Versions of "You Belong To Me" were also recently featured in the acclaimed 2019 film drama Blackbird and in an episode of the 2020 HBO horror-drama series Lovecraft Country.

The LP's other noteworthy covers include stirring takes on Billy Rose and Edward Eliscu's "More Than You Know," Michael Edwards and Bud Green's "Once In A While," and the album-closing reading of Fabian Andre, Wilbur Schwandt, and Gus Kahn's "Dream A Little Dream."

Produced by Eddie Vedder and Adam Kasper (Foo Fighters, Soundgarden), Ukulele Songs peaked at No. 4 on the U.S. Billboard 200, hit No. 2 on the U.S. Top Rock Albums on Billboard, and achieved Gold status in Canada.