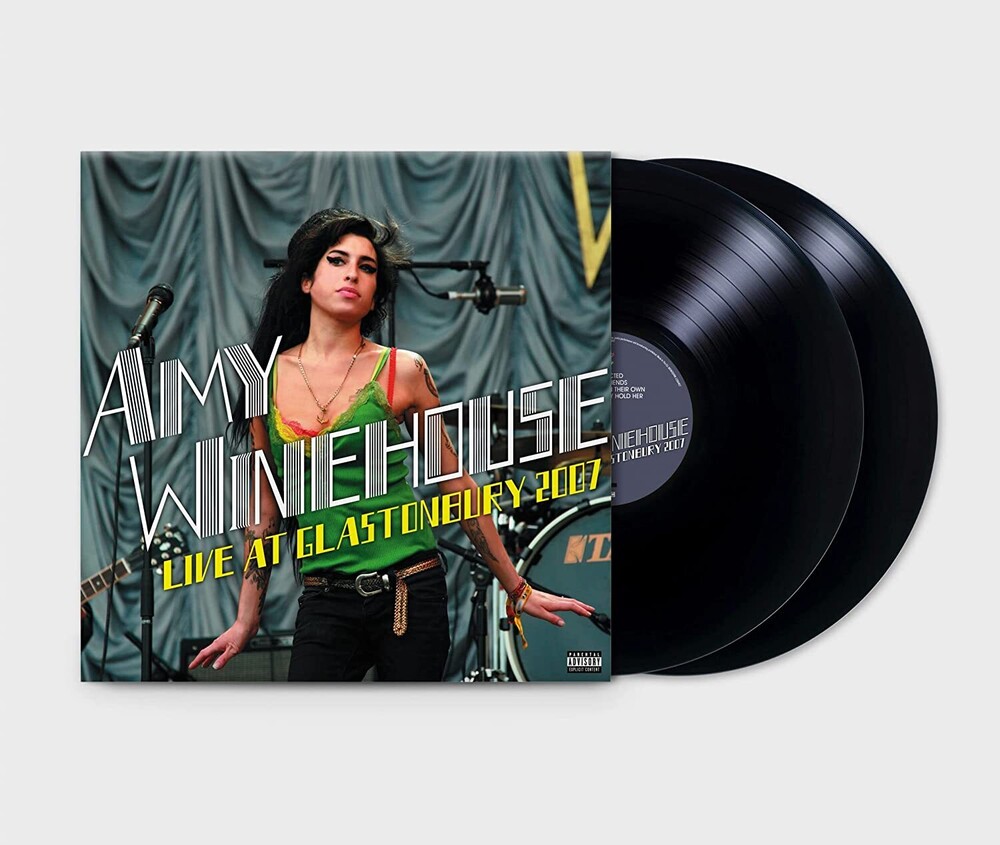 In celebration of the return of Glastonbury Festival in 2022 and the 15th anniversary of the performance, we are pleased to announce the release of Amy Winehouse's 2007 Pyramid Stage set for the first time.

The full concert will be released as a 2LP set on both black vinyl (trade-wide) and crystal clear vinyl (as a D2C exclusive). This performance on the Pyramid Stage was the first of two on the 22nd June 2007, Amy later went on to perform on the Jazz World Stage too.

The artwork includes a foreword by Emily Eavis.