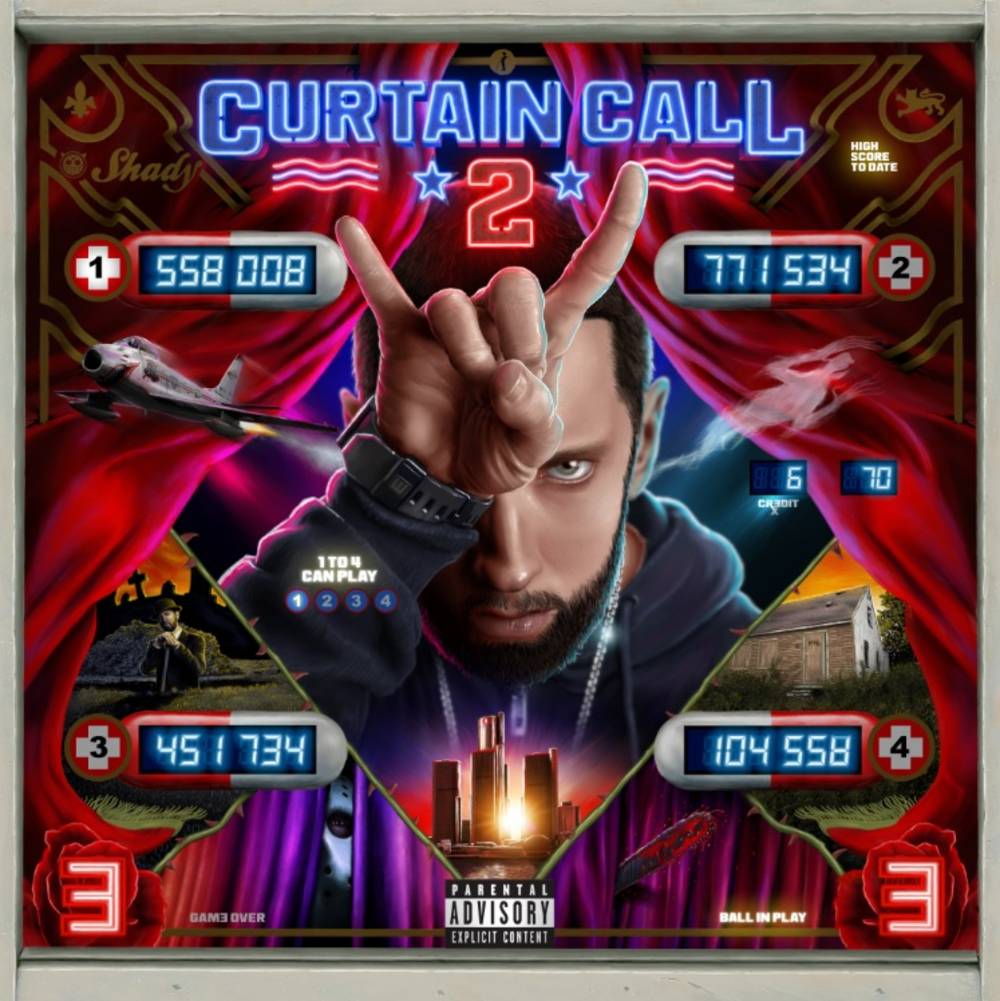 Today, rap legend Eminem announces his second greatest hits collection, Curtain Call 2, set to be released in 2022 via Shady Records/Aftermath Entertainment/Interscope Records. The news comes on the heels of the just released "From the D 2 the LBC," an epic new single featuring fellow icon Snoop Dogg. The song - and it's accompanying James Larese-directed video -- made its global premiere on June 2022 at Ape Fest, the Bored Ape NFT event at NFT.NYC.

The song is the lead single from Curtain Call 2, a hits collection comprised of the inimitable Detroit MC's creative output since the 2005 release of Curtain Call: The Hits. Curtain Call 2 will include music from all Eminem projects from Relapse forward, including side-projects, guest appearances, film soundtrack songs, and of course selections from his solo albums.