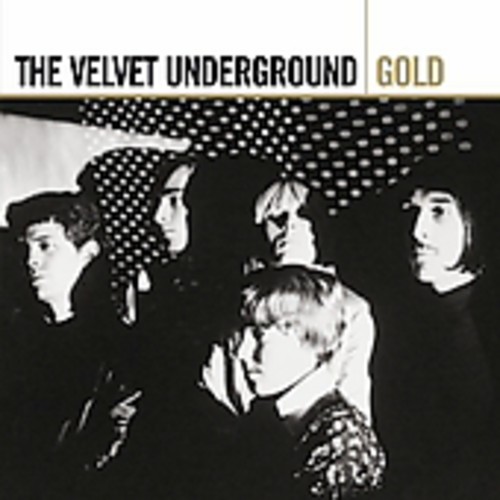 The first double-disc Velvets collection, 30 tracks with a couple of solo Nico sides (Chelsea Girls and It Was a Pleasure Then) thrown in! Also includes Femme Fatale; Heroin; I'll Be Your Mirror; Sunday Morning; What Goes On; Pale Blue Eyes; Foggy Notion; live takes of New Age; Rock and Roll; Ocean, and Sweet Jane; Sister Ray, and more.

''Gold'' is a two-CD compilation album by The Velvet Underground. It was released for the North American market on June 14, 2005, by Polydor, the record label that oversees the band's Universal Music Group back catalogue.

The album is a greatest-hits compilation, drawing from the band's first three albums, two outtake compilation and live album on Polydor Records and several co-owned labels (Verve, MGM and Mercury).

''Gold'' also includes two Nico solo tracks, co-written and played by The Velvet Underground members Lou Reed, John Cale and Sterling Morrison, taken from her 1967 debut album for Polydor, ''Chelsea Girl''. Perhaps to lure fans who already own most of the material present, two songs from the ''VU'' outtake compilation--"Temptation Inside Your Heart" and "Stephanie Says"--are included in their previously unavailable original 1968 mixes. (The latter even includes some different instrumental and vocal parts.)

On May 29, 2006, the album was re-issued in Europe as ''The Velvet Underground Story'' with different artwork but featuring the same track listing. - Wikipedia