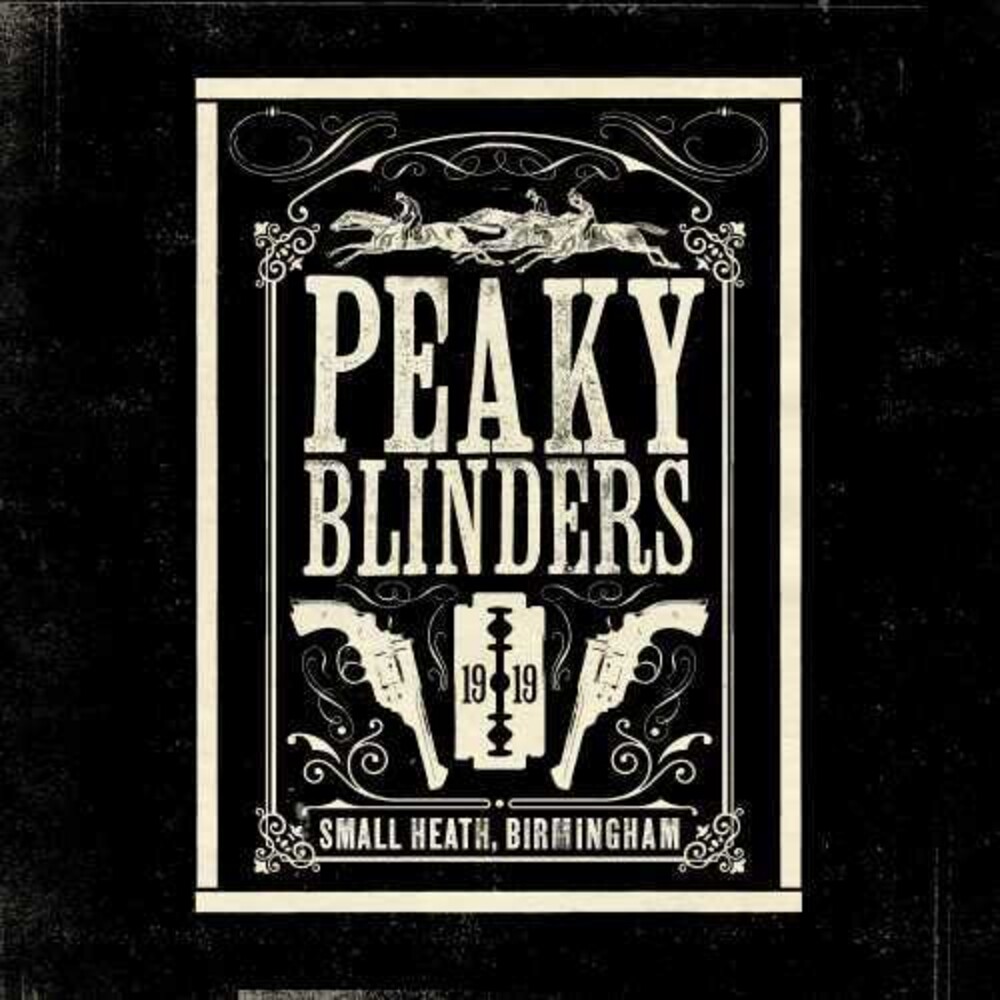 (Please call first)
DISC: 1
1. Tommy: 'It’s Not A Good Idea…' by Cillian Murphy
2. Red Right Hand by Nick Cave And The Bad Seeds
3. St. James Infirmary Blues by The White Stripes
4. Truce (From 'Peaky Blinders' Original Soundtrack / Series 1) by Martin Phipps
5. Tommy: 'Right I Have Bought You Hear Today…' by Cillian Murphy
6. The Prowl by Dan Auerbach
7. Polly: 'There’s Only One Thing…' by Helen McCrory
8. Love Is Blindness by Jack White
9. To Bring You My Love by PJ Harvey
10. Alfie: 'I’ve Heard Very Bad, Bad, Bad Things…' by Tom Hardy
11. River Styx by Black Rebel Motorcycle Club
12. Post Irish Meeting (From 'Peaky Blinders' Original Soundtrack / Series 2) by Paul Hartnoll
13. Red Right Hand by PJ Harvey
14. What He Wrote by Laura Marling
15. Arthur: 'Do You Wanna Tell ‘Em…' by Paul Anderson
16. Come On Over by Royal Blood
17. Do I Wanna Know? by Arctic Monkeys
18. Tommy: 'I Love You…' by Cillian Murphy
19. Breathless by Nick Cave And The Bad Seeds
20. You And Whose Army? by Radiohead
21. Polly: 'A Woman Of Substance…' by Helen McCrory
22. This Is Love by PJ Harvey
23. Sons (From 'Peaky Blinders' Original Soundtrack / Series 3) by Dickon Hinchliffe
24. Tommy: 'You Can Change What You Do…' by Cillian Murphy
25. Burn The Witch by Queens Of The Stone Age
26. Bad Habits by The Last Shadow Puppets
27. Lazarus by David Bowie


DISC: 2
1. Tommy: 'Sex, Freedom, Whiskey Sours…' by Cillian Murphy
2. Adore by Savages
3. The Mercy Seat by Nick Cave And The Bad Seeds
4. I Wish, I Wish by Rachel Unthank And The Winterset
5. Ballad Of Polly Gray (From 'Peaky Blinders' Original Soundtrack / Series 4) by Anthony Genn & Martin Slattery
6. Tommy: 'I’m Not A Traitor To My Class…' by Cillian Murphy
7. Devil Inside Me by Frank Carter & The Rattlesnakes
8. Snake Oil by Foals
9. Polly: 'It's In Our Gypsy Blood…' by Helen McCrory
10. Pyramid Song by Radiohead
11. A Hard Rain's A-Gonna Fall by Laura Marling
12. Ada: 'So, Tommy Shelby, MP…' by Sophie Rundle
13. The Wizard by Black Sabbath
14. Papi Pacify by Anna Calvi
15. Atmosphere by Joy Division
16. Tommy: 'You Need To Understand…'
17. You’re Not God (From 'Peaky Blinders' Original Soundtrack / Series 5) by Anna Calvi
18. Arthur: 'There’s A Bentley Outside…' by Paul Anderson
19. I'm The Man by Jehnny Beth
20. Never Fight A Man With A Perm by Idles
21. Tommy: 'I Will Continue…' by Cillian Murphy
22. Ballad Of A Thin Man by Richard Hawley

Peaky Blinders is a British crime drama television series primarily set in Birmingham, England following aftermath of World War I. Starring Cillian Murphy as ‘Tommy Shelby’ – the gang’s leader, the show follows the exploits of the Shelby crime family. The fictional gang is loosely based on the Peaky Blinders, a real urban youth gang who were active in the city from the 1890’s and early twentieth century. The show is known for its dark and dramatic soundtrack. The soundtrack is a window into the mind of Tommy – a tortured ex-soldier with a sensitive side who appears to be suffering from PTSD after fighting in the trenches during World War One.

This 2CD & 3LP set will feature music and key clips of dialogue from all 5 series the show, the 5th series aired late 2019 to critical acclaim. The album will feature Nick Cave’s title opening track Red Right Hand and PJ Harvey’s cover recorded exclusively for the show. Other artist’s music featured on the show and set to appear on this release are The White Stripes, Laura Marling, Arctic Monkeys, Royal Blood, Radiohead, The Last Shadow Puppets, Queens of the Stone Age, David Bowie, Foals, Black Sabbath, Idles, Joy Division and Ricard Hawley who has covered Bob Dylan’s “Ballad Of A Thin Man”.

The 2CD version will also include; a 32-page book with images from the show and behind the scenes, Notes from Guardian journalist Phil Harrison, quotes from the cast and The Chap magazine talks with Alison McCosh – Peaky Blinders’ Costume Designer. Series 1-5 original scores created specifically for the show will also feature on both formats.