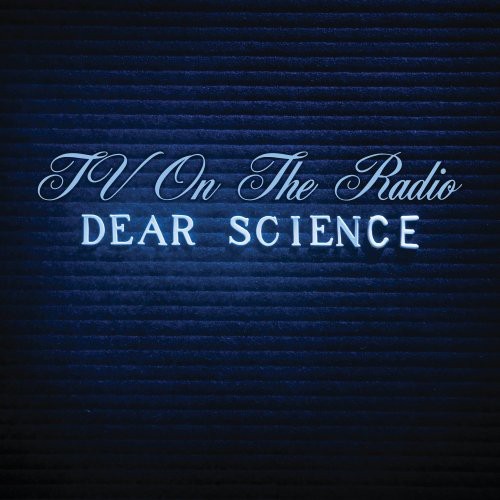 Produced by the group's multi-instrumentalist Dave Sitek, DEAR SCIENCE finds Brooklyn group TV on the Radio fine-tuning what they did best on 2006's RETURN TO COOKIE MOUNTAIN: tweaking and looping and distorting a grand arsenal of aggressive percussion, new wave synthesizers, epic guitar noise and various kitchen- sink devices, then layering them all into a big, beautiful art-rock symphony.

''Dear Science'' (also referred to as ''Dear Science,'') is the fourth studio album from New York based band TV on the Radio. It was released via Interscope Records in the United States, and was licensed through 4AD in Europe and all remaining territories. Despite the marketed release date of September 22–23, the album was released to the U.S. iTunes Store for download on September 16, 2008. The record is also available as a vinyl LP with a free MP3 download coupon.

Kyp Malone said that the title came from "a note that Dave [Sitek] wrote in the studio that said,

In promotion of the album, TV on the Radio was interviewed on the February 9, 2009 episode of ''The Colbert Report''. Afterward, they performed "Dancing Choose" to end the show. - Wikipedia