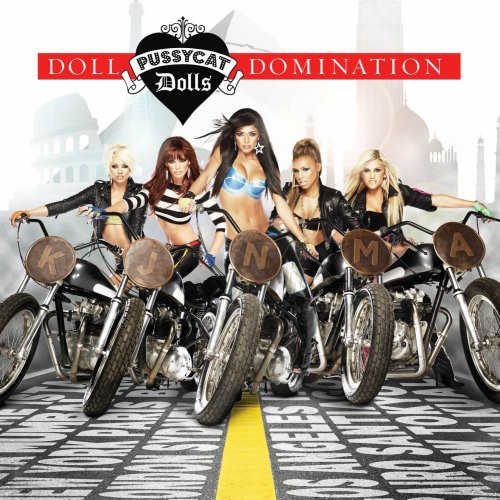 This Deluxe Edition of the album comes with slightly different cover art and five solo songs from each of the dolls.

''Doll Domination'' is the second studio album from United States American girlgroup Pussycat Dolls, released from September 19, 2008 by A&M Records. The album debuted at number four on the US album chart, selling 79,000 copies in its first week. Despite spawning the hit singles "When I Grow Up", "Bottle Pop", "Whatcha Think About That" and "I Hate This Part" the album underperformed selling considerably less than their previous album, ''PCD''.

Throughout 2009 the album was reissued in several different forms including an EP (The Mini Collection), a compilation (Doll Domination 2.0) and a full bonus track edition (Doll Domination + 2009 Bonus Tracks). The new editions spawned two further singles including the worldwide number one "Jai Ho! (You Are My Destiny)" - the English interpretation of the soundtrack single from the box office smash ''Slumdog Millionaire'' as well as the Euro-dance smash "Hush Hush; Hush Hush".