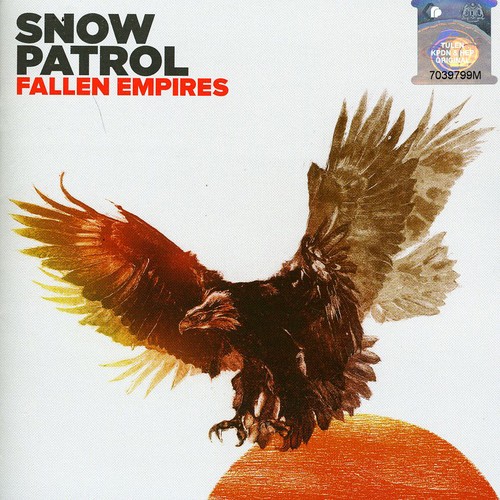 2011 release, the sixth studio album from the Irish Alt-Rock band. Over several months, the five piece began a musical road trip around California. They recorded tracks at Eagles Watch, a topsy turvy house in Santa Monica with widescreen windows and panoramic views of the Pacific Ocean. Backing vocals were drawn from the LA Inner City Mass Gospel Choir in Compton, south central LA. Later, tracks were mixed at the studio owned by long-term collaborator, Garret "Jackknife" Lee-a hacienda tucked away in Topanga Canyon, the onetime hippy commune and former home to Neil Young and Woody Guthrie. Along the way, R.E.M.'s Michael Stipe, US singer Lissie and Queens of the Stone Age guitarist, Troy Van Leeuwen all popped by to lend a guitar part here, a lyric idea there. Meanwhile, Snow Patrol's new adventures seeped into every note on Fallen Empires. The result is an album that promises to redefine the band as an altogether more ambitious, more expansive, creative force.