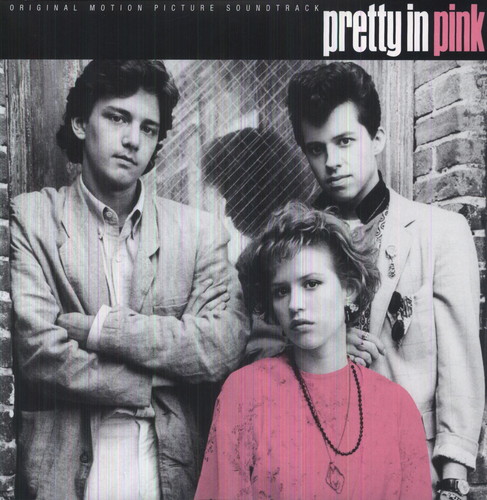 Pretty In Pink (Soundtrack) Do you remember Orchestral Manoeuvres in the Dark, Suzanne Vega, Joe Jackson, INXS, The Psychedelic Furs, New Order, Echo & The Bunnymen and The Smiths? If so then you loved the film Pretty In Pink. Oh to be sixteen in the mid 1980s again ... The film's soundtrack has been rated as one of the best in modern cinema.It features a rerecorded sax-heavy version of the title song by The Psychedelic Furs. Additionally, Orchestral Manoeuvres in the Dark's "If You Leave", which plays prominently during the emotive final scene, became an international hit and charted at #4 on the Billboard Hot 100 in May 1986. Pretty in Pink is a 1986 American romantic comedy-drama film about love and social cliques in 1980's American high schools. It is one of John Hughes' films starring Molly Ringwald, and is commonly identified as a "Brat Pack" film. The film was directed by Howard Deutch, produced by Lauren Shuler Donner and written by John Hughes, who also served as co-executive producer. It has become a cult favorite. The film was named after a 1980 single by the band The Psychedelic Furs.