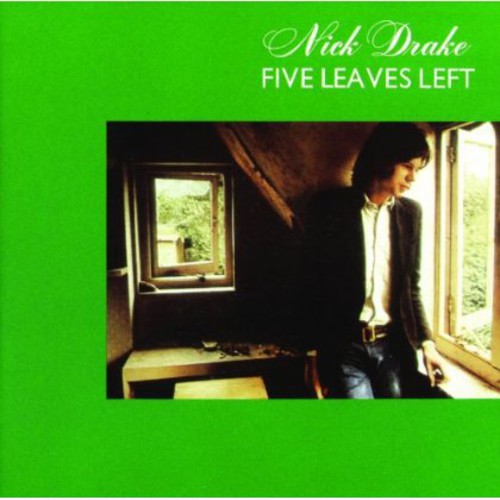 This first studio album from Nick Drake, which has garnered posthumous praise and remarkable all-time greatest album ratings, is an exact replica of the original 1969 release: it is pressed on heavyweight audiophile vinyl and remastered from near-original master tapes by the album's original engineer, John Wood. The original tape was unusable and although there were tape copies the best source was using a 24bit digital file made from the original tape when re-mastered for CD some 12 years ago. Nick Drake's bucolic autumnal shades in his debut album of a similar name, heralded a new signing for Island Records: not traditional enough to be folk, not weird enough to be psychedelic, Drake avoided the pitfalls of what was expected and collaborated with producer Joe Boyd, orchestrator Robert Kirby and recording engineer John Wood to make a singular and almost unique record released to a largely indifferent media. A few leaves fell in the right place and Nick's reputation grew, despite his early death at 24 in 1976, escalating into his world-wide fame of today. Poverty stricken students of 1968 rolled their own - not for them the cigarette temptations of a pack of 10 cigarettes, no, their tobacco thrills came hand rolled, usually in Rizla papers which kindly reminded the participant that they were about to run out, with a yellow interleaf paper with bold red type stating Only Five Leaves Left.