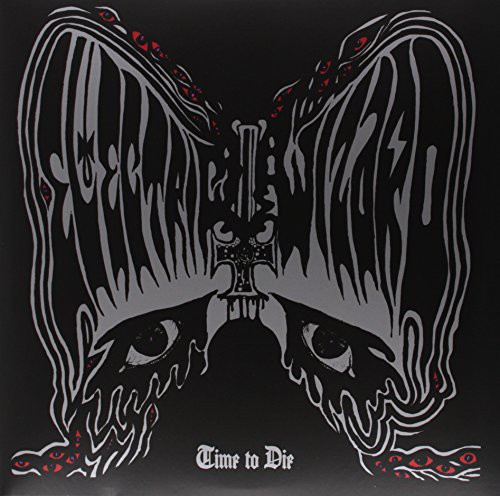 Electric Wizard have returned with 'Time to Die', their first new album since 2010. Their astounding eighth album fizzes and crackles with the malevolent energy of a giant black sun blotting out the sky; this is their heaviest album since magnum opus 'Dope Throne' (2000), their most evil since fan favourite 'Come My Fanatics' (1997), and the most acidic and psychedelic of their career to date.

The longstanding colossal yin & yang twin guitar assault of Jus Oborn and Liz Buckingham has been augmented by the temporary return of an old face from the distant past: the original drummer, Mark Greening.

The album was mostly recorded with Liam Watson at Toe Rag studios, East London, but finished off at Skyhammer in deepest, darkest Cheshire by Chris Fielding.

After 21 years of being reality rupturing doom outliers, Electric Wizard are finally getting their dues as one of the all-time great British bands.