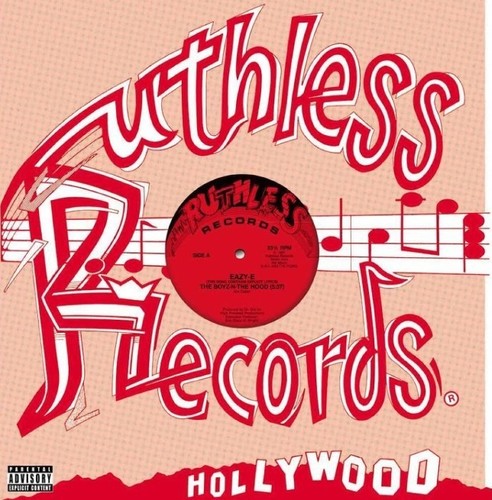 Limited twelve inch vinyl pressing. 'Boyz-n-the-Hood' is the debut by Eazy-E as a part of N.W.A. Ice Cube was 17 years old when he wrote the track and took it to Eazy-E. A short time later, Eazy and Cube formed N.W.A with Dr. Dre, and included this song on the N.W.A and the Posse album. Eazy-E released yet another version of the song the following year on his 1988 solo album, Eazy-Duz-It. Continuing with it's Respect The Classics campaign UMe reissue this classic title back on vinyl for the first time in years. This repressing of this single includes 'Boyz-N-The-Hood' plus 'L.A. Is The Place'.