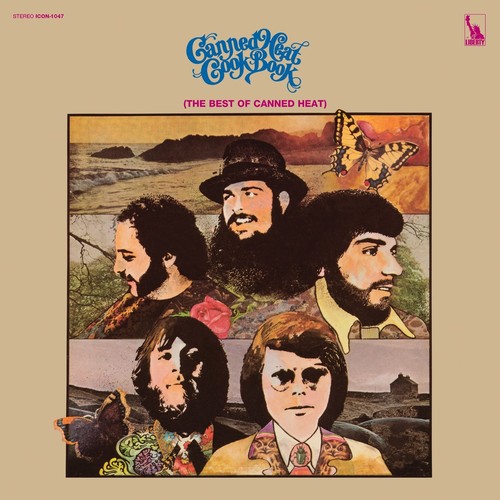 Digitally remastered and expanded edition. The Canned Heat Cookbook was originally released in 1969 to recap the initial chart success of this talented group that was based in Los Angeles and steeped in the blues tradition. The album is expanded by the addition of their 1970 hit "Let's Work Together" (in true stereo), which essentially makes this collection a best of Canned Heat. The album also features the 1968 Top 20 hits, "On The Road Again" and "Going Up The Country", which was also featured in the Woodstock movie and soundtrack album. "Time Was" charted in 1969 and the compilation also includes the long jam that the band dubbed "Fried Hockey Boogie". This expanded edition of the album includes an all new mastering by Vic Anesini and a faithful recreation of the original cover art done by Dean Torrence of Jan & Dean fame.