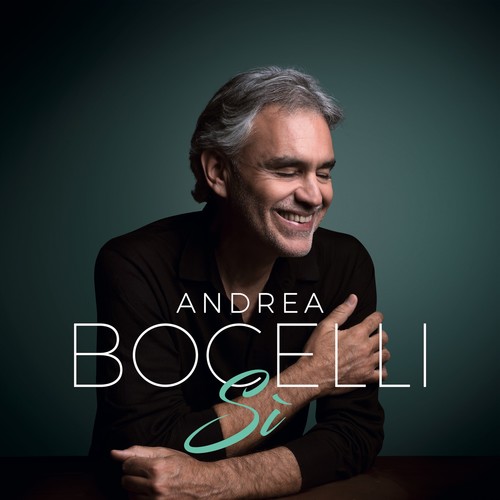 Andrea Bocelli has teamed up with some of the hottest musical stars on the planet for his forthcoming album Si reuniting with his friend Ed Sheeran after their chart-topping Perfect Symphony on a brand new song called Amo Soltanto Te (written by Ed with lyrics by Tiziano Ferro) and joining with pop sensation Dua Lipa on the single If Only . Crossover superstar Josh Groban and classical soprano Aida Garifullina also duet with Bocelli on the record, which is released on Sugar/Decca on 26th October. It is his first album of new material in 14 years 16 brand new songs which celebrate love, family, faith and hope. At the centre of the new record is a spine-tingling duet between father-and-son, as 20 year-old Matteo Bocelli steps into the limelight to duet with Andrea on Fall On Me a beautifully poignant song which reflects the bond between parent and child. It will appear in the end credits of the hotly-anticipated new Disney film, The Nutcracker and The Four Realms, starring Keira Knightley, Mackenzie Foy, Helen Mirren and Morgan Freeman, to be released on 2nd November. Andrea explains how his voice compares with Matteo's: Technically they are very different, but there is one thing that makes them most similar: the attitude. That characteristic way of expressing yourself through your voice. This makes Matteo and I very similar. But that is something that you cannot learn, that cannot be taught. That is something you are born with.