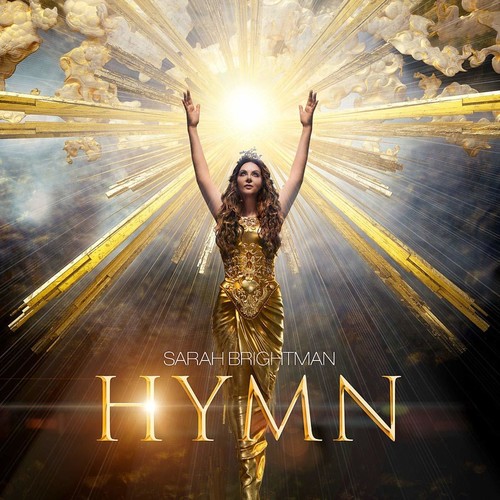 Sarah Brightman returns with her new studio album, HYMN, reuniting with long time producer and collaborator Frank Peterson, with whom she created chart topping albums such as Timeless (Time To Say Goodbye), Eden, La Luna, Harem, Symphony, and A Winter Symphony. HYMN is an inspirational collection of orchestrated, choir-based songs. Brightman, kept thinking about the word, HYMN, and to her it suggested joy a feeling of hope and light, something that is familiar and secure. For Brightman, every project comes from an emotional place, and HYMN is no exception. HYMN was recorded over the past two years in Hamburg, Miami, London, Vancouver, Los Angeles, New York, and Budapest, and encompasses songs by such modern composers as Eric Whitacre (Fly To Paradise), Japanese superstar musician and songwriter Yoshiki (Miracle), and German DJ Paul Kalkbrenner (Sky and Sand). HYMN's mystical, uplifting tone is set with its title track a song by British prog-rock band Barclay James Harvest. From there, the album becomes excitingly eclectic, encompassing many styles. Sogni, described as a mash-up of two arias from two different operas by French composer Georges Bizet, is flawlessly sung by Brightman and French tenor Vincent Niclo. Also included are Canto Per Noi, written by famed Italian composer Ennio Morricone and Romano Musumarra, and Follow Me, the love theme from the 1962 film Mutiny on the Bounty. Finally, the album closes with a new rendition of Brightman s signature smash duet with Andrea Bocelli, Time To Say Goodbye, in a new solo rendition with lyrics Sarah wrote herself, and sung in English for the first time.