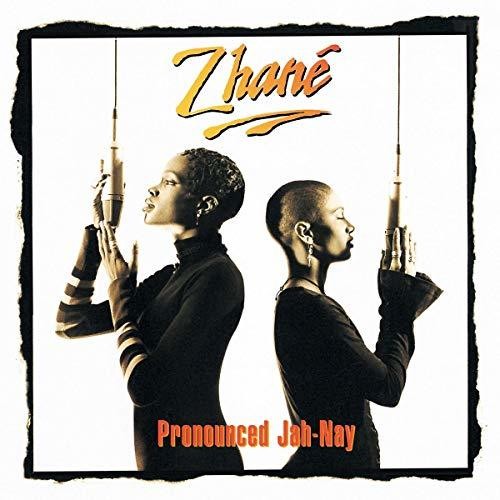 Double vinyl LP pressing. Pronounced Jah-Nay is the debut studio album by R&B group Zhané, originally released on February 15, 1994 on Motown Records. The album features songs produced and co-written by members of hip hop band Naughty by Nature. The album peaked at #37 on the Billboard 200 chart. By October 1996 it was certified platinum in sales by the RIAA, after sales exceeding one million copies in the United States.