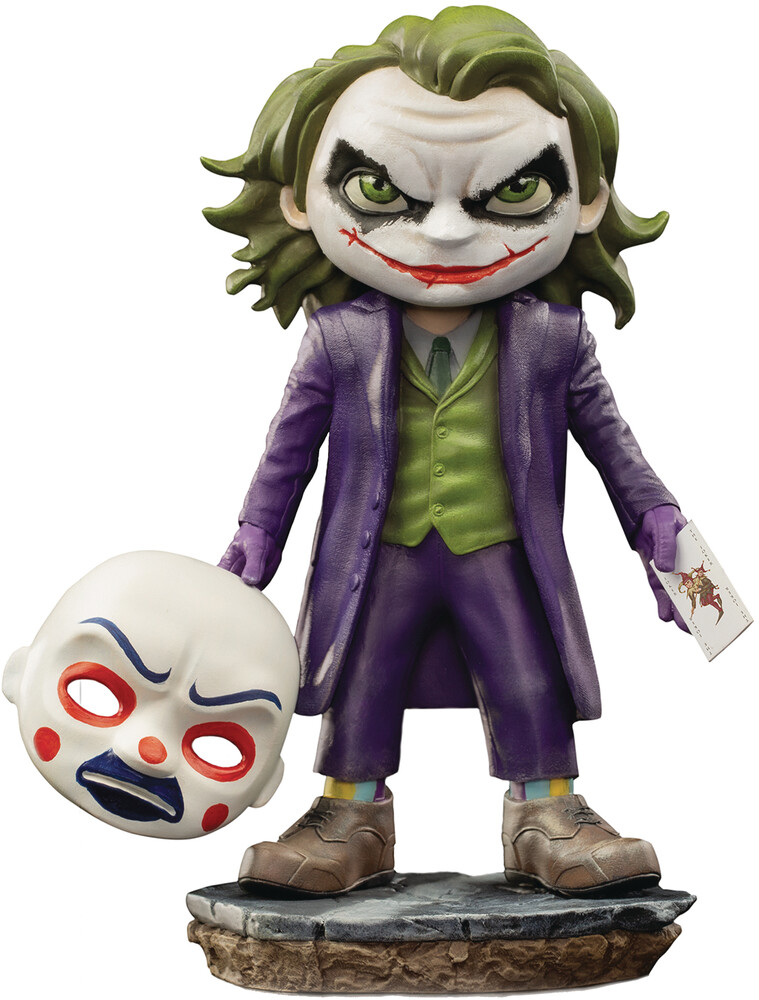 Ready to have fun promoting chaos, Joker brings his theatrical mask in his hands to hide between his cronies and his trademark playing card. Immortalized by the award-winning performance of the late actor Heath Ledger in the acclaimed film "Batman: The Dark Knight" (2008), directed by Christopher Nolan, Iron Studios presents its statue "The Joker - The Dark Knight" in its stylized Toy Art version of Minico line.

Joker is one of the greatest villains in comics, and Batman's greatest archenemy. Called the "The Clown Prince of Crime", it was created by Bill Finger, Bob Kane and Jerry Robinson inspired by actor Conrad Veidt in the 1928 film "The Man Who Laughs" and a playing card. Psychotic and always smiling, he made his debut in Batman # 1 in 1940. His origins as well as his real name are a mystery. The Joker has a great sickly humor and uses deadly weapons inspired by comedies and black humor.