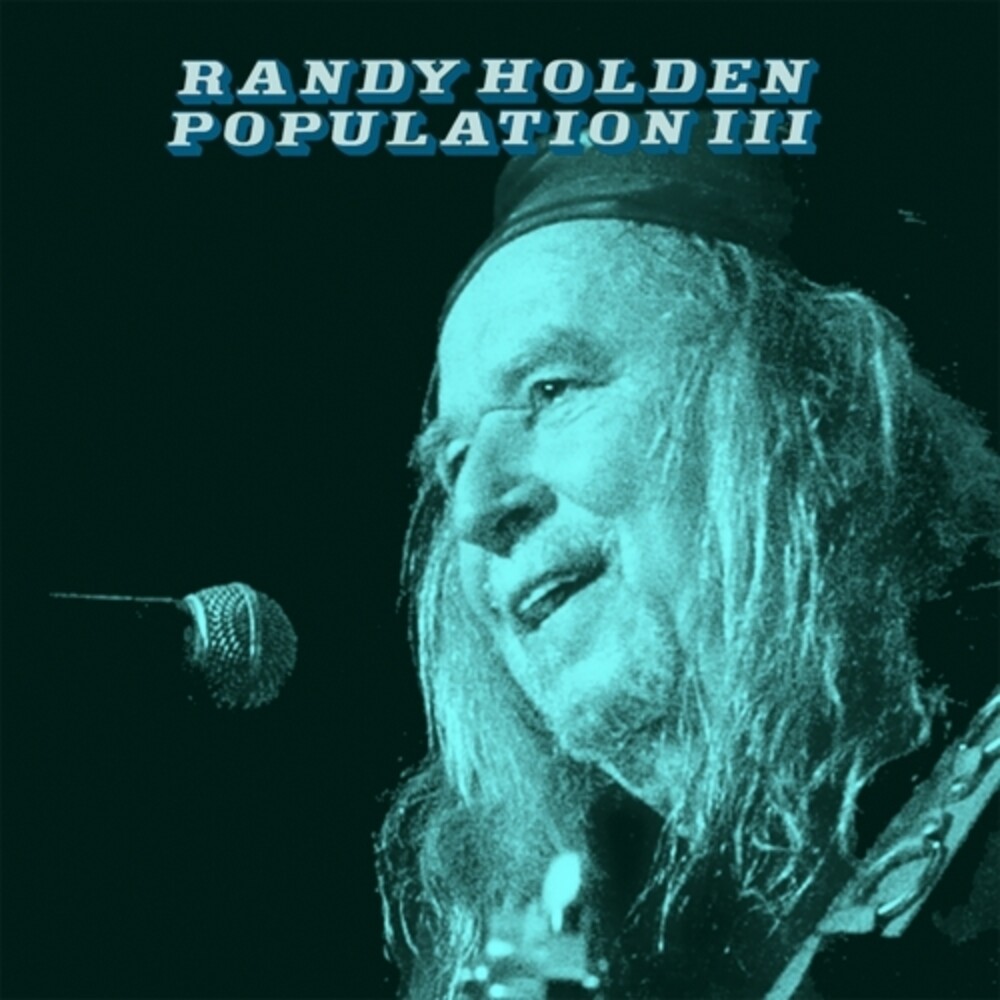 How does one follow up one of the most legendary, yet rarest albums said to signal the birth of doom metal? If you're Randy Holden, you give everyone about fifty years to catch up, then casually drop a tastefully modernized reinterpretation of that sound. Population III picks up where Holden's 1969 solo debut left off, updated with several decades worth of technological advances and personal hindsight. Following his tenure in proto-metal pioneers Blue Cheer in 1969, the guitarist aimed for more control over his next project. Thus, Randy Holden - Population II was born, the duo naming itself after the astronomical term for a particular star cluster with heavy metals present. Along with drummer / keyboardist Chris Lockheed, Holden created what many say is one of the earliest forms of doom metal. Their six-song debut album Population II delves into leaden sludge, lumbering doom and epic soaring riffs that sound free from all constraints of the era. However, troubles with the album's original 1970 release bankrupted Holden, who subsequently left music for over two decades. For good reason, it's widely hailed as a masterpiece, and until finally getting a proper formal release in 2020 on Riding Easy Records, was a longtime Holy Grail for record collectors. Flash forward forty years to 2010, one finds the guitarist / vocalist quietly coaxed into recording a followup album by Holden superfan and Cactus member Randy Pratt. Joined by drummer Bobby Rondinelli (who has played with Black Sabbath, Blue Öyster Cult, Rainbow), the trio cut the six-song collection of leaden future blues, Population III. "Randy Pratt had written the basic song structures, he understood my music and where I come from quite well," Holden says. "He nailed it." But the recording was ultimately shelved for over a decade.Throughout Population III, Holden effortlessly dishes out squealing, soaring leads and skull-thwacking riffs with his signature low end grit and penchant for Middle Eastern scales. Coupled with Pratt's pocket-locked bass, the slight flanging effect on Rondinelli's drums and his pugilistic beats, the album occasionally brings to mind Presence-era Led Zeppelin. At times, Holden sounds reminiscent of Neil Young leading Crazy Horse's ruptured grunge as his lilting falsetto vocals push and pull his guitar's siren's call. Population III is the real deal -a powerful continuation of a sound forged fifty years ago, that almost didn't happen. Somehow, Randy Holden's music always finds a way to stand the tests of time.