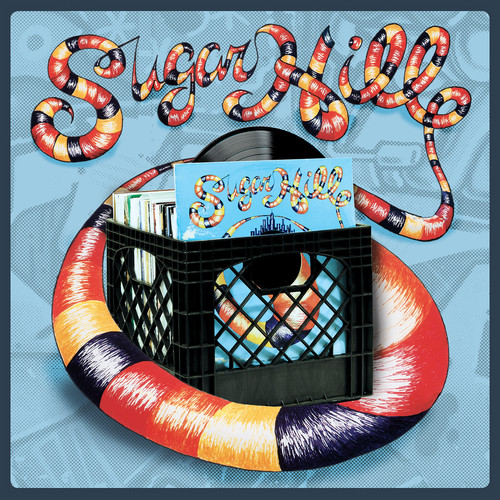 Sugar Hill Records was the birthplace label for hip hop. It gave listeners their first exposure to urban rhyming and scratching that transformed pop music during the ‘80s. Many of the 12” singles and vinyl versions of their classics have been out of print for years, missing the rise of hip hop during the 80’s and 90’s. This 12” boxset will not only be a must have for the listeners who grew up on the music, but for the DJ’s to be able to go back to the beginning and mix each strategically placed single into their own vinyl DJ set . This 6 Disc Vinyl 12” Boxed set will incorporate all of the label’s classic A-sides - many in their full length mixes. We will have a small summary of the label and how it changed hip hop as liners and the boxed set will be packaged in a beautiful Sugar Hill Records slip case that pays tribute to the old school “feel” of the generation. In addition to the vinyl boxed set, we will be offering a special “DJ” version for digital download that will be a 1 hour and 17 minute non-stop “party mix” using each of the tracks, in their respectable order, with no breaks so it can be played at any party from start to finish, giving the party a DJ without an actual DJ present! Limited to 2000 copies worldwide