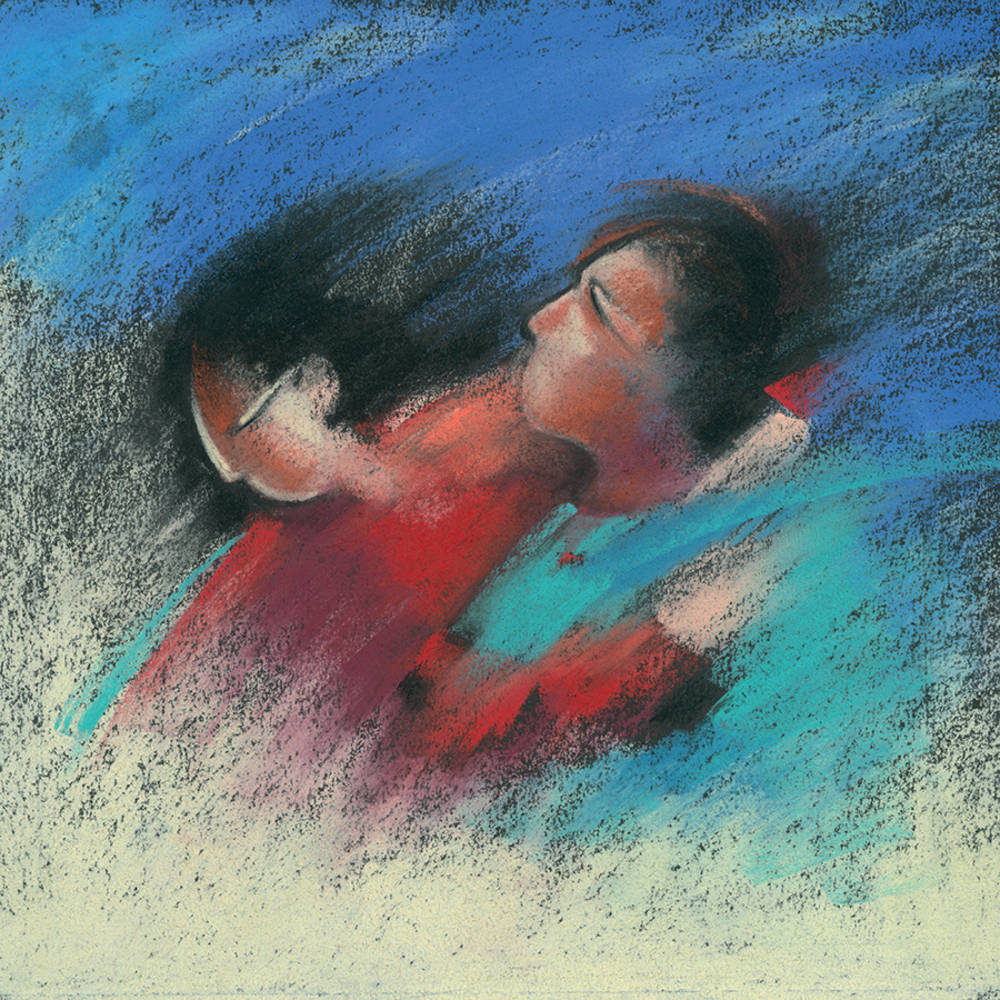 UMAN’s Chaleur Humaine, the debut album from the French duo of musicians and siblings Danielle and Didier Jean, resurfaces for the first time since its original release in 1992. While history, both private and public, is scattered with creative relationships between siblings that simply “did not work,” UMAN’s story is uniquely different and defined by this bond, and a shared journey impressing footprints along an adventurous musical terrain.

Prior to Chaleur Humaine, Danielle and Didier recorded two albums of pop songs met mostly with ambivalence, inspiring them to escape the expectations of the French music industry and build their own studio in Orsay, a suburb south of Paris. Chaleur Humaine was a modus operandi for their new, liberated perspective and space: freedom to develop ideas independently; to cross-pollinate genres and abandon them altogether; to improvise and experiment in new musical configurations.

Within their recording sanctuary, Danielle and Didier embraced cutting edge consumer music technology to inform the album’s esoteric, textural characteristics. This is especially notable in the processing of Danielle’s voice, inventively sampled, shifted and processed, and then woven through Didier’s dream worlds. This interpretation of technology and economy of sound, gives Chaleur Humaine a soft and impressionistic sense of surrealism, guided by a human sincerity and sublimated into a landscape that feels pastoral yet universal.

UMAN, the name which binds Danielle and Didier musically, resembles “human” in many Romance languages but signals a spirit from a deeper earth force. Similarly, UMAN reinvents language in a postmodern way to create a harmony and truth that exists within and beyond human recognition. A poem, at once a theme and mantra, recurs throughout Chaleur Humaine: “It’s this force, almost animal, warm, like a kiss, fresh like the morning dew, that we call human warmth.” Dispatched across multiple languages over abstract melodic motifs, the message radiates from a place of meditated intent.

Chaleur Humaine was released on Buda Musique during the French record label’s rise to prominence showcasing global sound, with several tracks plucked from the album and reaching an international audience through various New Age / “Chillout” compilations. Yet the album shares more in common with Piero Milesi and Daniel Bacalov’s work for stage and theater on La Camera Astratta, the introspective world building of Nuno Canavarro on Plux Quba, and the formless vocalism and ethereality of Cocteau Twins or Enya.

While Danielle and Didier admit an affinity for some of these artists, UMAN were driven by their own invention, performing with local and fringe artists, and ultimately at ease in their secluded musical world. Even as the music of UMAN ricochets off the walls of their safe haven in so many directions, the artists’ interplay of reference and abstraction of sound retains the intimacy of a wildly imaginative conversation between siblings.

UMAN’s Chaleur Humaine will be made available again on Freedom To Spend on September 17, 2021, for the first time on vinyl and as CD and digital editions. On behalf of UMAN, a portion of the proceeds from this release will benefit Greenpeace France.