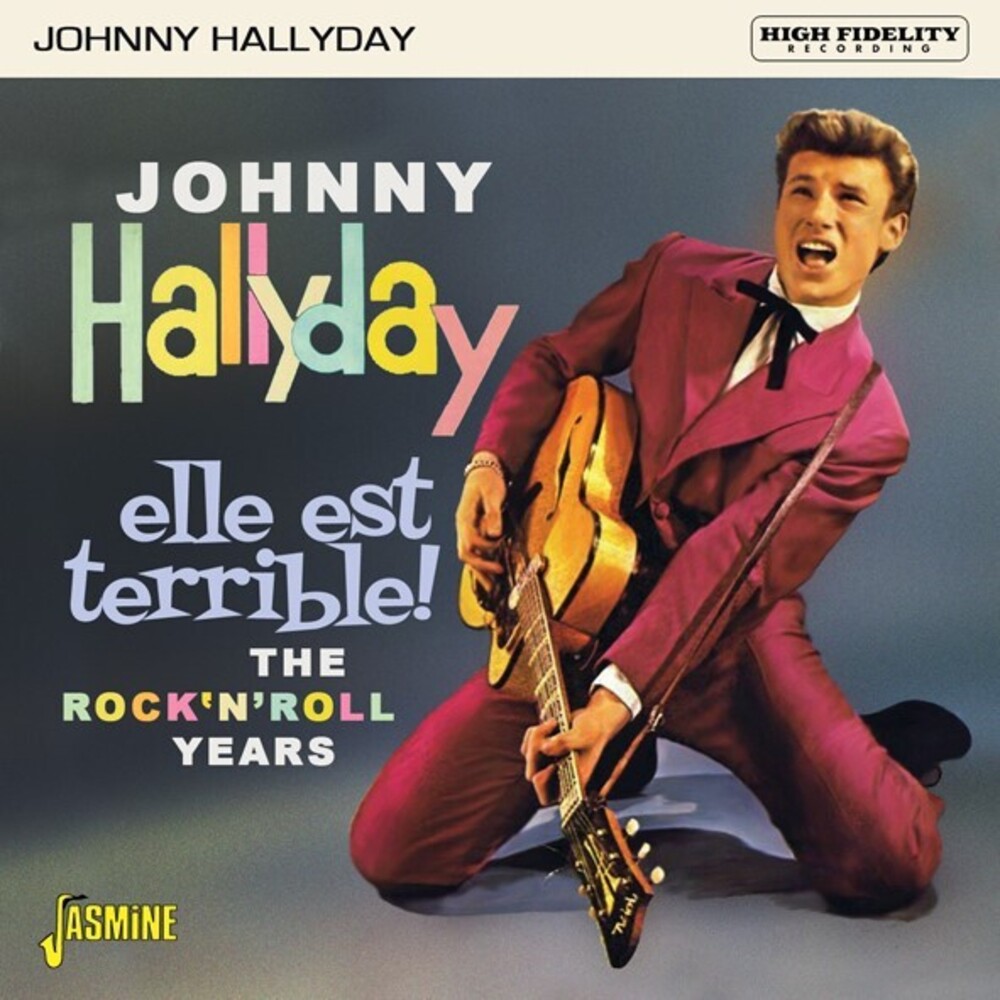 Once described by the influential, international newspaper USA Today as "The greatest Rock star you never heard of", and often referred to as "The French Elvis", Johnny Hallyday was a megastar in France for very nearly sixty years, from 1960 until his death, from cancer, in 2017. He'd originally achieved fame as a Rock & Roll singer, very often with French language cover versions of American and/or British hit records. His photogenic, James Dean-esque looks guaranteed him front covers of just about every French magazine, whilst his powerful, charismatic live performances, both onstage and on television, elevated him to iconic status. This compilation presents the very best of his early R&R years, featuring Hallyday singing both in French and English, the latter sides recorded in Nashville during 1962. All thirty-two of these sides were significant hits in France, a half-dozen topping the French charts; his 'Viens Danser Le Twist' (a cover of Chubby Checker's 'Let's Twist Again') was one of the first Pop records to sell a million copies in France, alone.