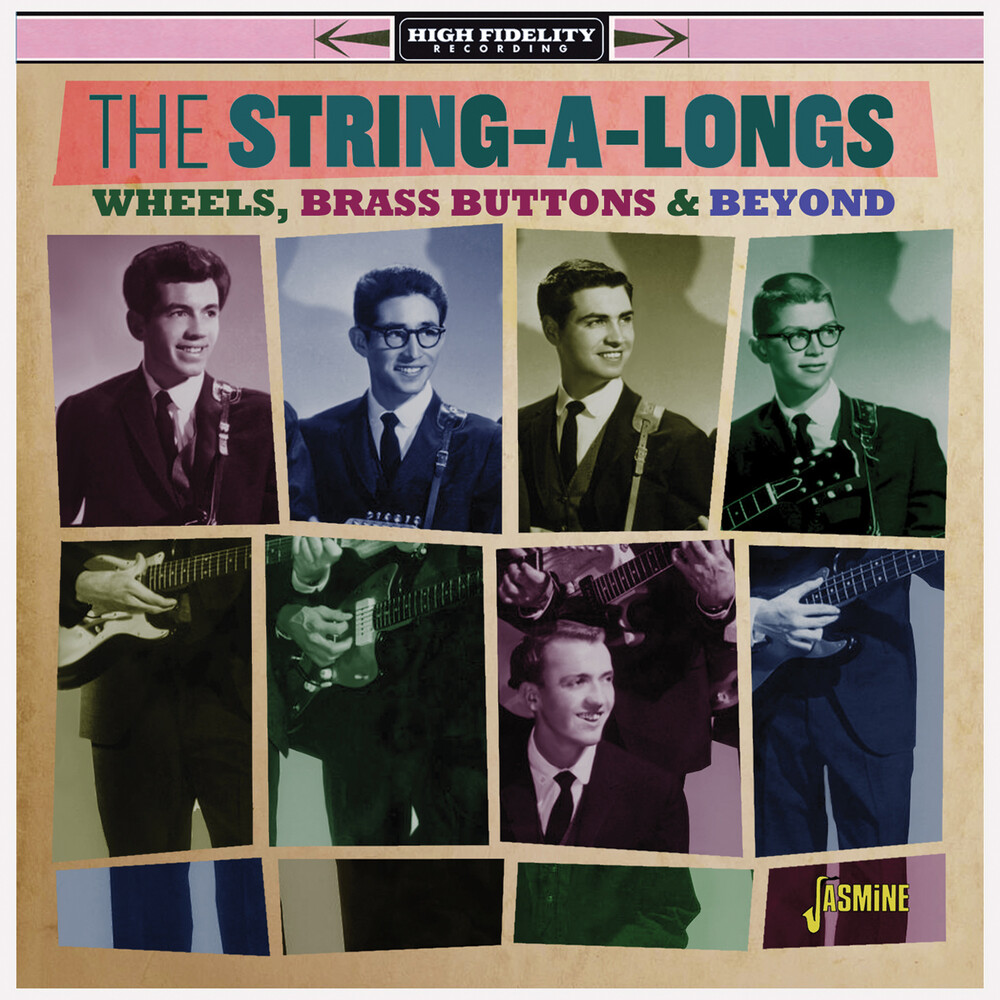 The lilting, almost wobbly sounding 'Wheels', by The String-A-Longs, a worldwide hit and multi-million seller in 1961, remains one of the most irresistible Instro's of the R&R era. It inspired a raft of cover versions, a couple of which were also successful, notably Billy Vaughn, in the US and mainland Europe, and Joe Loss in the UK. Ironically, the group became an Instrumental combo purely by accident, when their singer's voice failed him the day of the 'Wheels' recording session. Indeed, they had already cut a couple of late 50s singles as regular Rock & Roll vocals, in their earlier incarnations as The Rock'n'Rollers and The Leen Teens. This compilation presents all their Instro recordings as The String-A-Longs between 1960-62, as well as those earlier vocal 45s, plus a trio of sides by their occasional singer/full-time rhythm guitarist Keith McCormack, issued under his stage name, Bryan Keith.