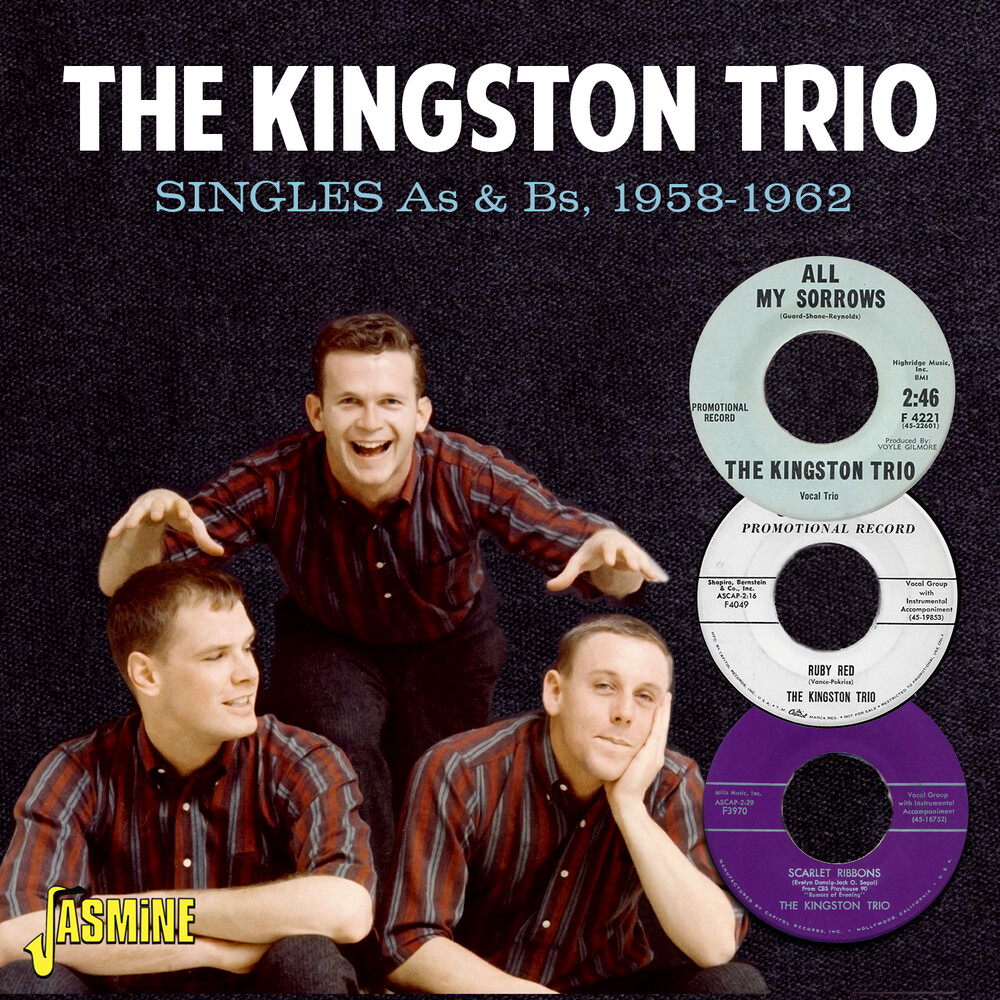 The Kingston Trio were one of the most successful folk groups of the early 1960s, they helped to popularise the genre, without taking themselves too seriously. Formed in 1957, they first recorded together in 1958 for Capitol records releasing seventeen singles between then and 1962, featuring both Dave Guard and John Stewart led versions of the group. This CD set includes the majority of both A and B sides of those 45s from the best sources available and includes such US and UK hits as 'Tom Dooley', 'San Miguel' and 'Where Have All the Flowers Gone'. One of the best and most comprehensive compilations of the Trio, whose strong single releases deserve to be heard by a wider audience.