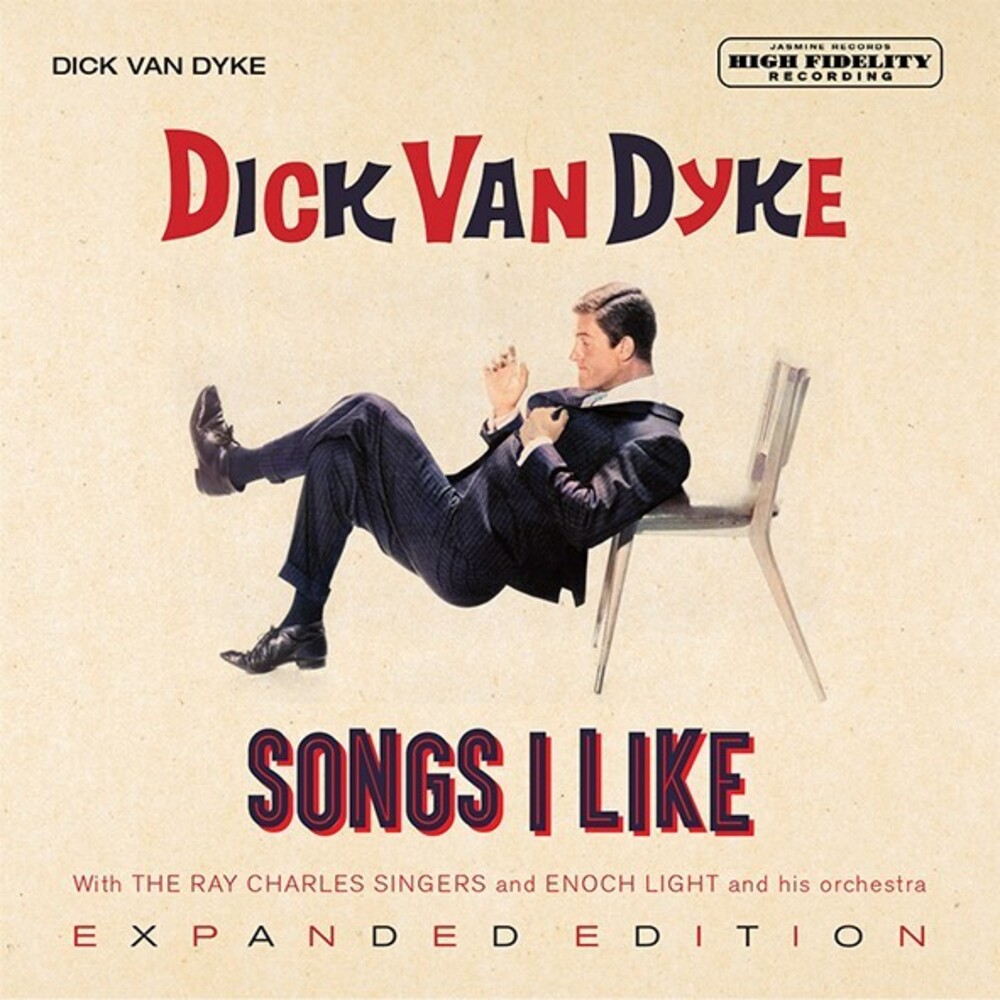 Something of a late starter, DICK VAN DYKE was already in his mid-30s when he landed the lead role of Albert J. Peterson in the Broadway musical Bye Bye Birdie, in 1960, following which his career began to take off. The Original Cast soundtrack LP became a massive US hit, across the Spring and Summer of 1960, and Dick won a Tony Award for "Best Performance by a Featured Actor in a Musical". His TV sitcom, The Dick Van Dyke Show, premiered in October '61 and very quickly went on to establish him as a household name. Although not a regular singer, he recorded his first LP, "Songs I Like", for the Command label, on the back of these successes. This compilation comprises "Songs I Like" (reissued here for the very first time on CD), plus the five tracks from the original Bye Bye Birdie soundtrack LP which audibly feature Van Dyke, plus a rare 45rpm 'Three Wheels On My Wagon' b/w 'One Part Dog, Nine Parts Cat', from 1961.