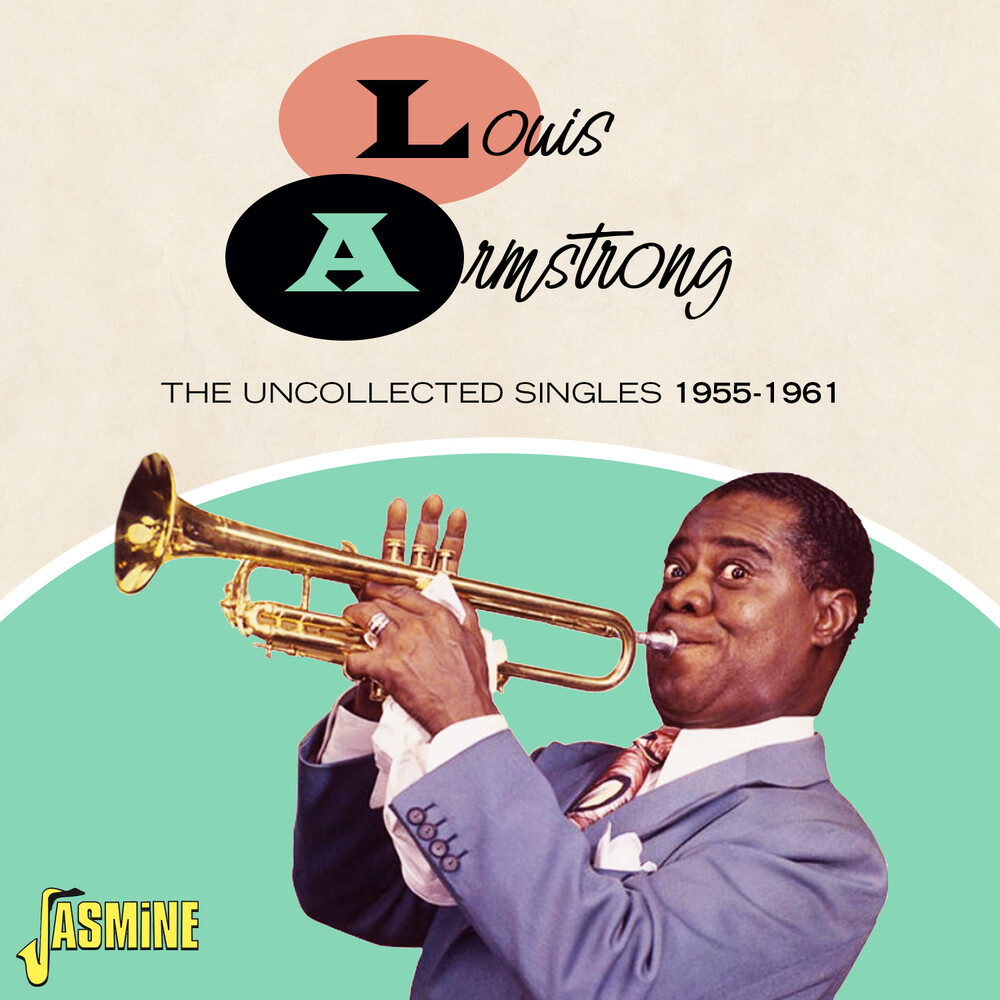 Louis Armstrong had one of the longest recording careers of any artist of the 20th Century. Whilst parts of his career are well represented digitally, his singles from the mid-1950s to the early '60s are often overlooked, mainly because they were issued by many different labels. The collection attempts to remedy this. It features sides from Capitol, Columbia, Dot, MGM, Pye, RCA, Roulette, Verve and more. Some on CD for the first time in their single edits with some previously unissued on CD stereo versions including the complete unedited single versions of Calypso and Now You Has Jazz from High Society and The Five Pennies Saints. Almost all recordings are extremely rare on CD and of course mastered to Jasmine's usual high standards. A set to fill holes in many an Armstrong collection.