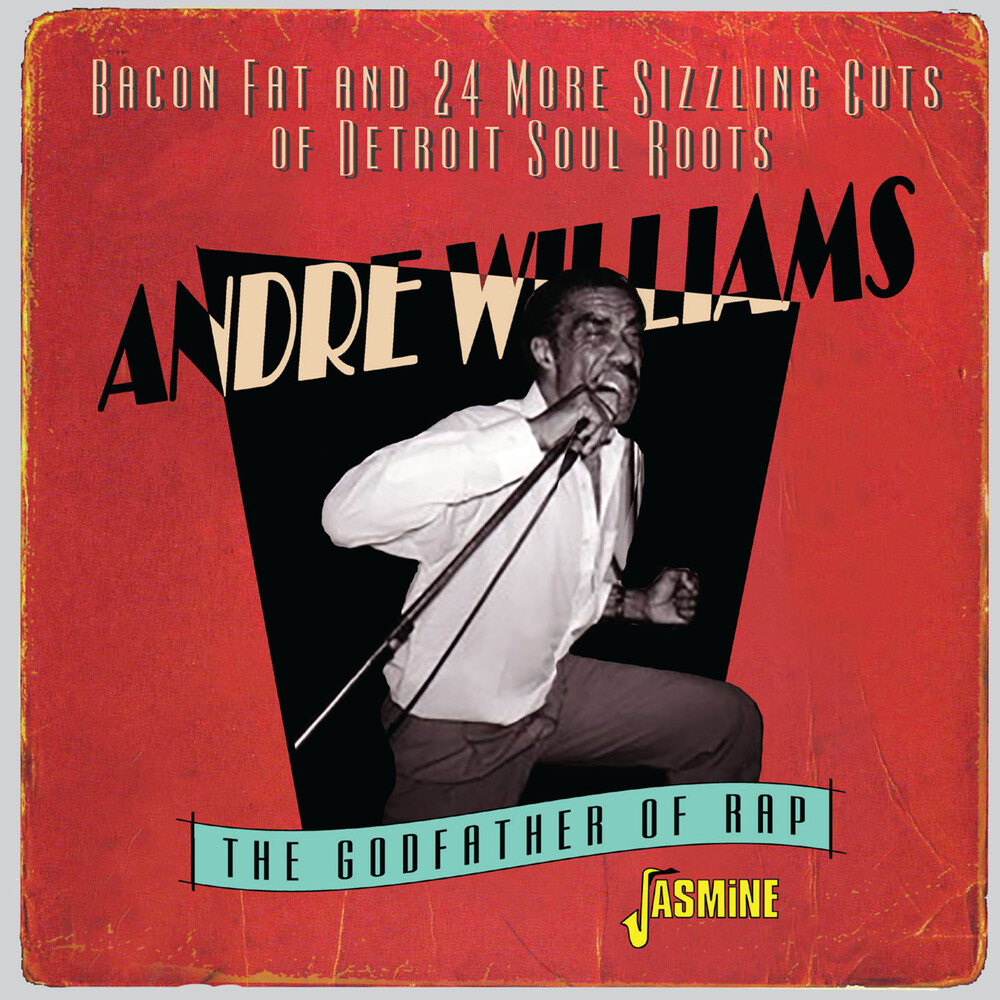 Something of a journeyman singer, songwriter and producer, Andre Williams enjoyed success at different levels in a remarkable career, which spanned seven decades. He first tasted success in the mid-1950s as the lead singer in a vocal group who were billed variously as The 5 Dollars, The Don Juans, and/or His New Group. They appeared as the latter on Williams' 1957 breakthrough Top 10 R&B hit 'Bacon Fat', on the Fortune label, on which Andre's own billing also carried the strapline, 'Mr. Rhythm'. Although 'Bacon Fat' was his only national hit, Fortune releases like 'Going Down To Tia Juana', 'Bobby Jean', 'Jail Bait' and 'Greasy Chicken' were all regional successes, notably in and around Detroit. He later wrote extensively for labels like Motown, Golden World, Chess, Mar-V-Lus, and Won-Der-Ful, while in the 70s he worked with Parliament, Funkadelic and George Clinton.