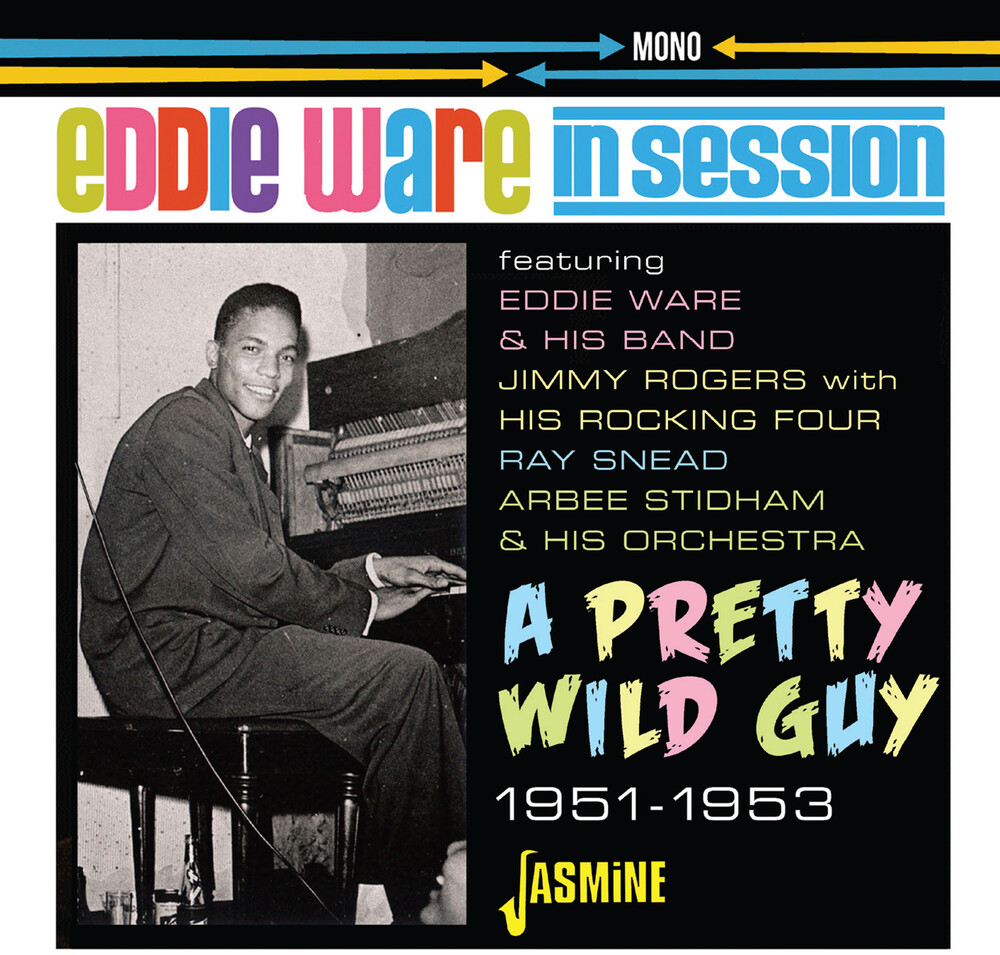 This edition in our "In Session" series features a much less known but nevertheless talented pianist Eddie Ware. He appeared briefly in the early 1950's either recording on his own or backing up a few other Chicago artists. He was mainstay in the piano seat for the early Jimmy Rogers Chess recordings until Uncle Sam required his services. After one Jimmy Rogers' session Chess allowed him one of his own from which the minor hit "Lima Beans" emerged. All the Jimmy Rogers tracks featuring him are here including one under his own name with the then Rogers band. He moved to Mercury records where he backed up two sessions with the vocalist Ray Snead, all these releases are featured together for the first time on CD including "I'm a Good Rocking Baby" which is still popular today. He had another Chess session this time backing Arbee Stidham with just two titles being issued. His last outing was for States records again with only two titles appearing. He then just disappeared from the recording scene but was rumoured to still be in Chicago until he died in 1978. This CD features almost all, if not all of his appearances on record.