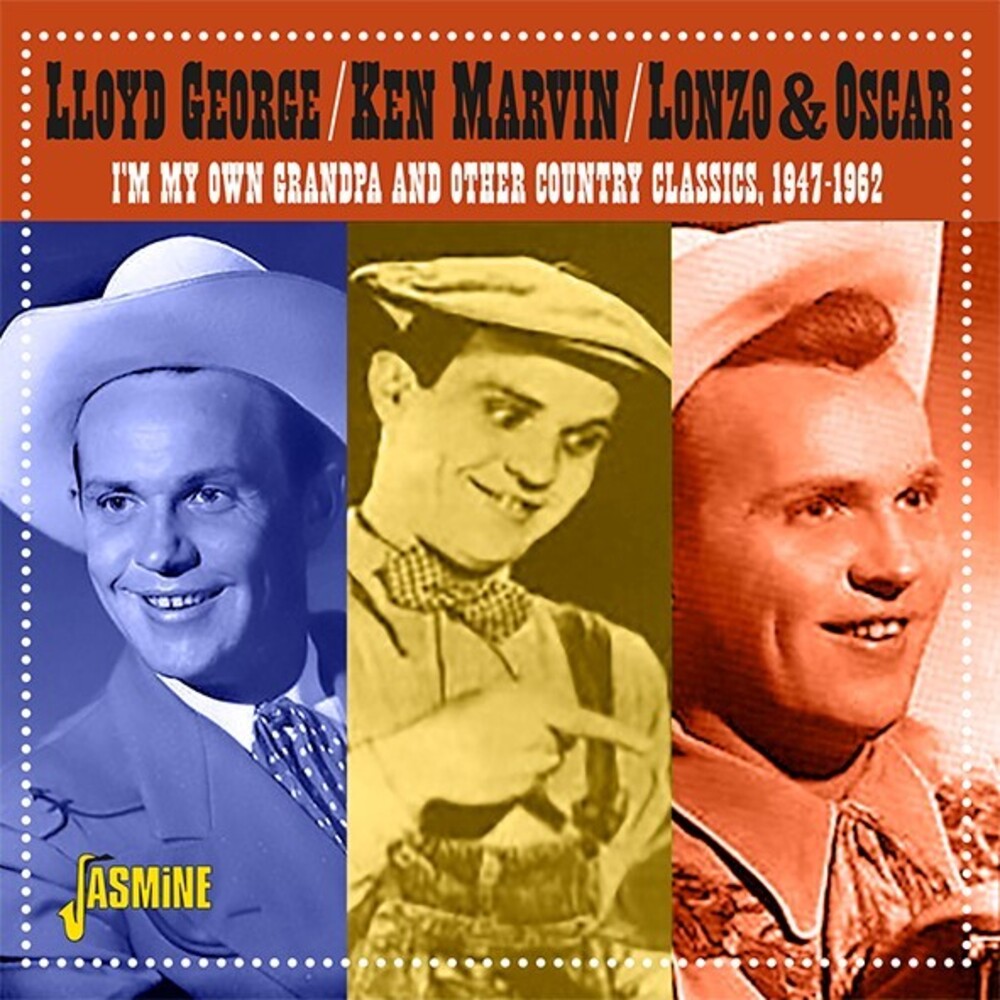 Whilst opening the Eddie Arnold show guitarist Lloyd George and mandolinist Rollin Sullivan formed the comedy duo "Lonzo & Oscar". In May 1947 having acquired an RCA Victor contract they recorded their first session resulting in the release of a burlesque version of "Old Buttermilk Sky" coupled with the humorous "Take Them Cold Feet Outa My Back", both on this CD. From then on they never looked back, with the next session they produced "I'm My Own Grandpa" which was not only a big seller, reportedly four million, for them but several other popular artists of the time. In 1949 they moved to Capitol Records & Lloyd also signed as a solo under the name of Ken Marvin. Tired of the zany act Ken signed for Mercury and after two years was back at RCA Victor where he first recorded the much re-issued rockabilly track "Uh-Huh Honey". He continued in the same vein for Aladdin's C&W subsidiary Intro Records, once again recording "Uh Uh Honey" both versions included here. For his last recordings he reverted to his real name Lloyd George. The two releases were more bluesy than country and confused blues discographers for years until his full history was known. Videos of Lonzo & Oscar can still be seen online playing their old tunes but sadly Lonzo is not Lloyd George nor is he Ken Marvin, but the 32 tracks on this CD are all three of them!