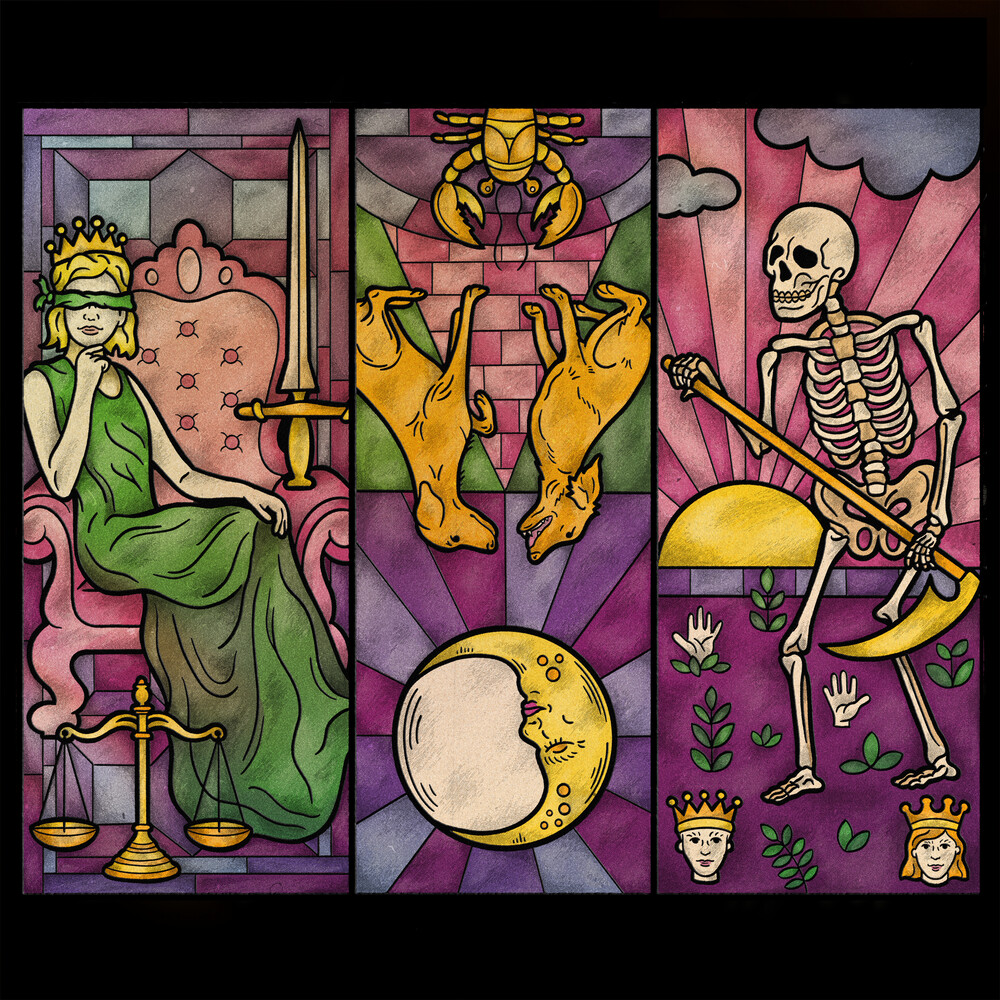 2022 release. The road to Absolution began with a fine-tuned comb through Riverby's influences, everything from the Dragon Age series of role-playing games to a brush with the Pixies and Talking Heads. Riverby entered the studio with Jim Wirt (Jack's Mannequin, Fiona Apple) in July, a process that could be summed up as gleeful surrender. "Jim wanted us to record guitars chord by chord. It was hell, but he said it would work out. We let him do whatever he asked, and it did work out," August recalls. Wirt's advice extended to song-shaping touches, like the scattershot cowbell/shaker rhythm on "Off With Yr Head' and the swells of Rhodes exhaling through "Heavy to Hold." The band was also augmented by Camille Faulkner's string arrangements, adding dramatic heft and shocking urgency into songs that were already, for the most part, bursting at the seams with activity. (A key exception to this is "Chapel," a spare acoustic ballad that had August resisting every impulse to cart in the full band.) Absolution builds on debut Smart Mouth's imperfections by baking them into the formula. "Making a perfect record is so dumb," August admits with a slight laugh. "When you see me live, it's not perfect, so I wanted to capture that."