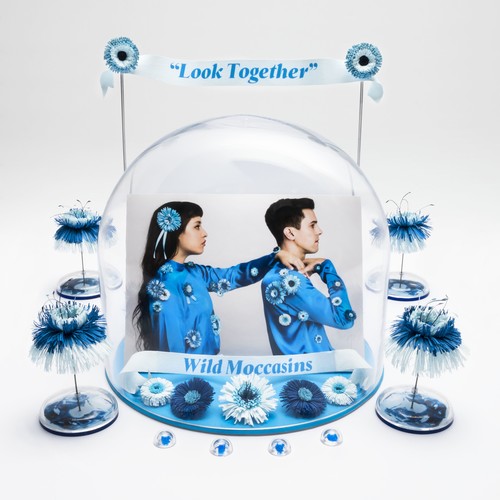 Fronted by Zahira Gutierrez (vocals/keyboard) and Cody Swann (guitar/vocals), Wild Moccasins’ forthcoming third full-length serves as a new beginning for the group. Look Together tackles themes of repairing relationships, shedding insecurities, and fresh starts, with vibrant guitar and synth lines layered under Gutierrez’s soaring pop melodies. Look Together is highly pop-powered, with Ben H. Allen (Gnarls Barkley, Deerhunter, Animal Collective) at the production helm. Recorded at Atlanta’s Maze studios, Allen encouraged the group to revise their approach to the writing and recording process. The result is a diverse album that blends the signature, guitar-driven elements of Wild Moccasins’ early discography with expansive electronic and '80s/'90s pop components. The impassioned 12-track LP began to form merely a week after the release of 2014’s 88 92, as Gutierrez and Swann’s decade-long romantic relationship dissolved. Healing proved to be a burdensome task, as Wild Moccasins were charted for two years of extensive touring. Gutierrez and Swann would spend countless hours positioned in a shared tour van, painfully staring each other down on stage and ultimately exchanging exaggerated he-said-she-said’s through songwriting. For most romantically intertwined bands, Look Together would have never happened. Dissolving the group would seem to be the logical conclusion of their romantic split, but instead, the former couple chose to reconcile their differences the only way they knew how – working towards a common musical goal.