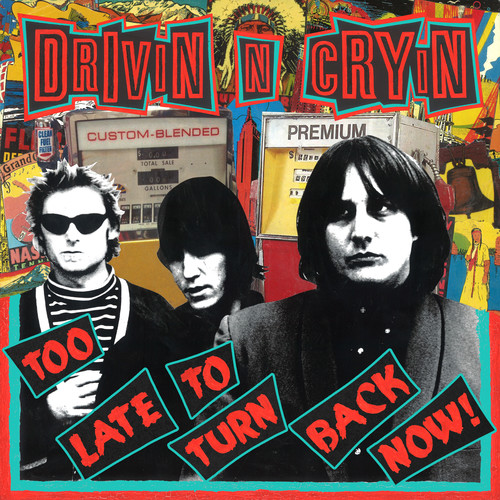 The year is 1997. Gas cost $1.19 a gallon, and Drivin N Cryin is a three piece band comprised of founding members Kevn Kinney on vocals/guitar and Tim Nielsen on bass/mandolin, along with Jeff Sullivan on drums. If you’re like me, you probably haven’t heard much about their Kosmo Vinyl (The Clash, Sex Pistols, and more) produced (Casino Studio, Atlanta, GA) self-titled album. The record had a short life on radio, with their cover of John Denver’s “Leaving on a Jet Plane” getting some airplay in Alabama. Why this album went relatively unnoticed is a mystery to me. Maybe it was their return to their hometown, independent roots, after having left Geffen Records, that resulted in the album’s release with little momentum. What I do know for certain, though, is that Drivin N Cryin stayed true to their sound and who they are. A little grit, a little roots. Now, 21 years later, the record has a title, new cover art (courtesy of Kosmo Vinyl himself), and momentum. With newly remastered songs, the album still holds true to who they are as a band. It’s even being released on vinyl for the first time. A quote from tour manager, Scott Munn, gives insight into the climate surrounding that time. “The band was firing on all cylinders going into the studio, and there was a feeling that *this* was their truest representation and the record they had always wanted to make." Have a listen for yourself, and let me know if you solve that mystery. "I remember the songs sounded great already, and then Kevn Kinney brought in his secret weapon, Michelle Malone. Her recitation on 'Passing Through' was stunning, timeless, and signaled that the record was totally complete." - Scott Munn “...I'd been around enough musicians, and in enough recording studios, to know what didn't work. I wanted to make a record that sounded, and felt, like the Drivin N Cryin you would go see live. If I could do that, then I knew it would be good. All told, we spent about 2 weeks at Casino, and I think we got what we wanted." - Kosmo Vinyl