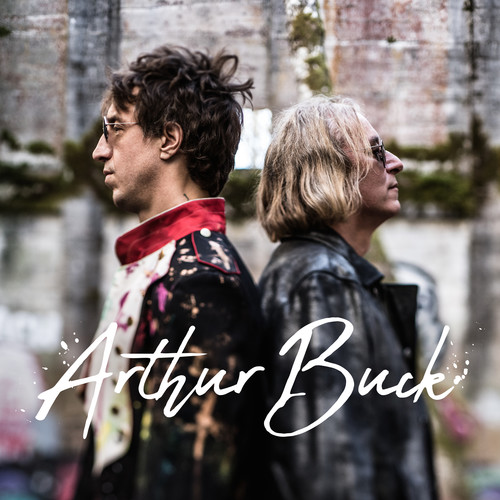 Sometimes the catalyst for creating great art is simply being in the right place at the right time. For Arthur Buck, the new collaboration between singer-songwriter Joseph Arthur and guitarist Peter Buck, that place was Mexico, and that time was the fall of 2017.  Specifically, a little town off the Baja coast named Todos Santos, with the Sierra de la Laguna mountains to the east and the bright blue Pacific stretching out infinitely to the west. It is here that Buck has, for the last several years, held the Todos Santos Music Festival, which he created with his wife, Chloe Johnson, in 2012, shortly after R.E.M. called it a day. Among the many artists who have played the festival is Joseph Arthur, who also happened to leave behind a guitar—a Dobro, specifically—after his last appearance there. And so last year he made the trek down to Todos Santos to pick up the instrument. Which is where he ran into Peter Buck.

That was the beginning of Arthur Buck. The creative result of this relationship is a vibrant 11-song collection that captures the spontaneity at the heart of the project—right down to the 1-2-3-4 count off from Buck that opens the record—with sounds and styles meshed together in an easy, almost playful manner. Tchad Blake was brought in to mix the proceedings, and the result is the new Arthur Buck—the result of a shockingly productive burst of inspiration.