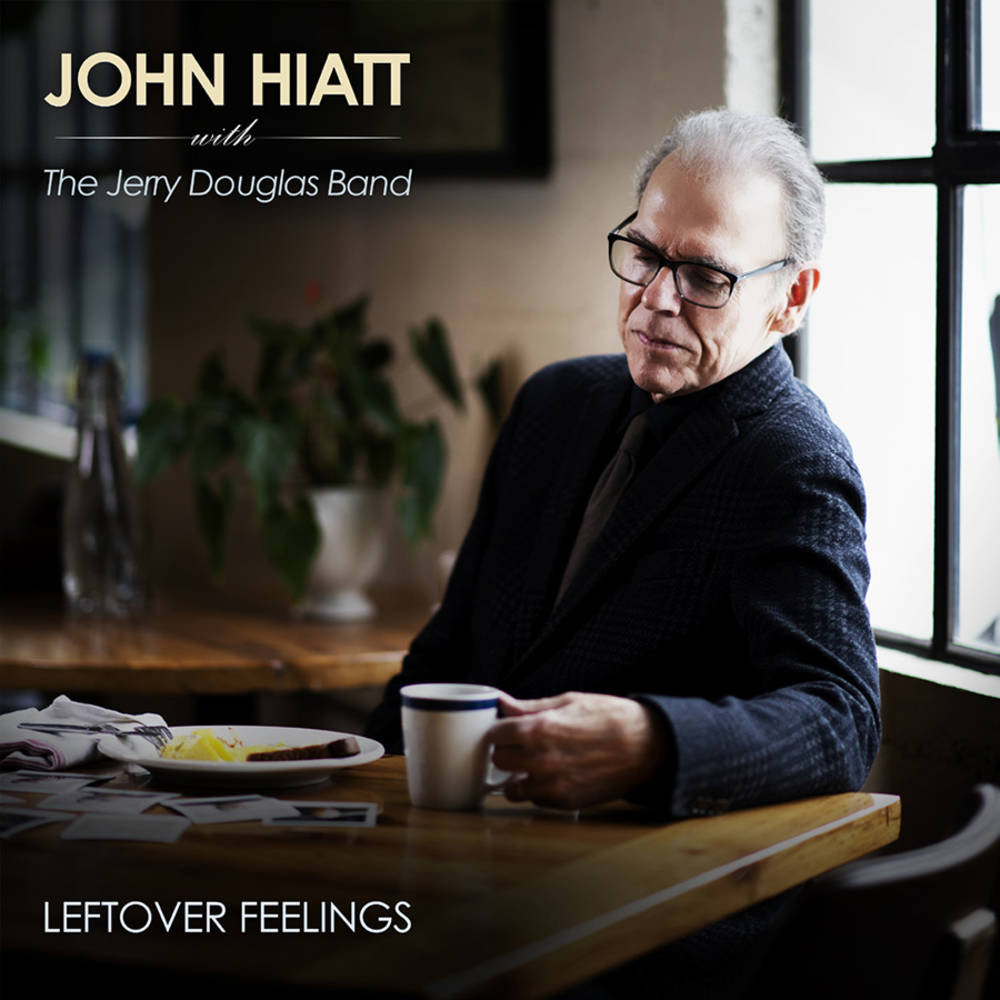 In the midst of a global pandemic, John Hiatt walked into Historic RCA Studio B and opened up a lifetime full of leftover feelings. A half-century ago, Hiatt lived in a ratty, $15-a-week room on Nashville’s 16th Avenue, less than a mile away from the RCA and Columbia studios that were the heartbeat of what had come to be known as “Music Row.” In the ensuing 50 years, he went from a scuffling young buck to a celebrated grand master of song.

With Leftover Feelings, Hiatt teamed up with multi-grammy winning artist and producer, Jerry Douglas and his band, The Jerry Douglas Band. There’s no drummer, yet these grooves are deep and true. And while the up-tempo songs are, as ever, filled with delightful internal rhyme and sly aggression, the Jerry Douglas Band’s empathetic musicianship nudges Hiatt to performances that are startlingly vulnerable.

In life, leftover feelings can remain unresolved, no matter how often explored. Explicated in a place of history, a place of comfort. A sacred place, if you believe the documentation of human expression to be a holy thing. Here then, with this album,  there is a meeting of bruised and triumphant American giants. Here are Hiatt and Douglas, creating the meant-to-be: Love songs and road songs, sly songs and hurt songs. Their songs, and now our songs.  Leftover feelings that edify and sustain.