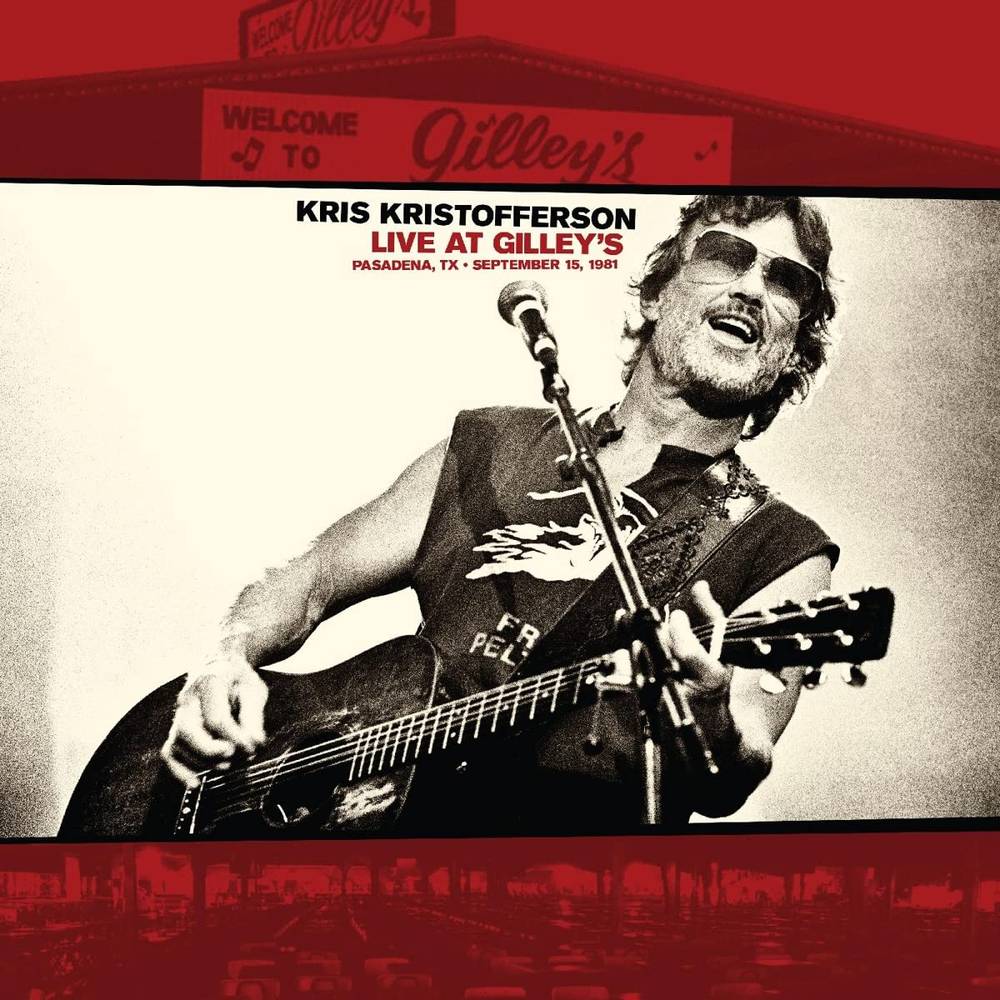 Recorded live on September 15, 1981, Live At Gilley's captures Kris Kristofferson at a time in his career where he and his band were firing on all cylinders. Kristofferson was with a full band out of the road that featured Stephen Bruton, Donnie Fritts and Billy Swan. On this night, the band stopped by Gilley's Honkytonk in Pasadena, Texas to deliver a one in a lifetime performance featuring the hits, "Me And Bobby McGee", "The Pilgrim" and "Sunday Mornin' Comin' Down."