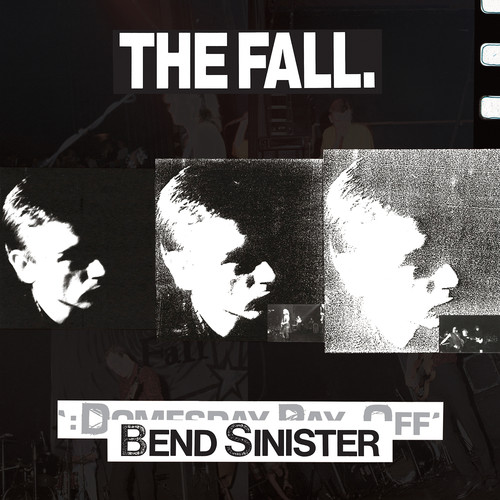 Bend Sinister is The Fall's ninth studio album and it was originally released in 1986. It was the last of three albums in a row produced by John Leckie and was named after a dystopian novel by Vladimir Nabokov. After the universal acclaim for the previous year's This Nation's Saving Grace, Bend Sinister often stands in it's predecessor's shadow. It is a dark, brooding album made at the height of the group's Beggar's Banquet years and many people include this at the top of the list of favorite Fall albums. "Mr. Pharmacist" is a lurching installment in pop music's ongoing conversation with drug dealers, illicit and otherwise. Actually a cover of 1960s garage- rockers the Other Half, it's also a demonstration of how the Fall's relatively unchanging style could bolster other people's songs. - PITCHFORK "Part musical hypnotist, part ranting mad- man, Smith was a singular figure in post-punk. His Mancunian accent, dry witticisms and plays on words were one of the Fall's most constant characteristics. Their songs were odysseys into his ever-verbose psyche, marked by repetitive rhythms and melodies." - ROLLING STONE "At various points in the band's four-decade career, the Fall might sound like punk, hard rock, psychedelia, funk, blues-rock, jazz-rock, electro- pop or sheer noise. "If it's me and your granny on bongos, it's the Fall," Mr. Smith once declared. The BBC disc jockey John Peel, an early and steadfast supporter, said of the Fall that 'they are always different, they are always the same.'" - THE NEW YORK TIMES "Smith's work was the manna that gave a certain cross-section of music culture sustenance for 40 years." - PITCHFORK