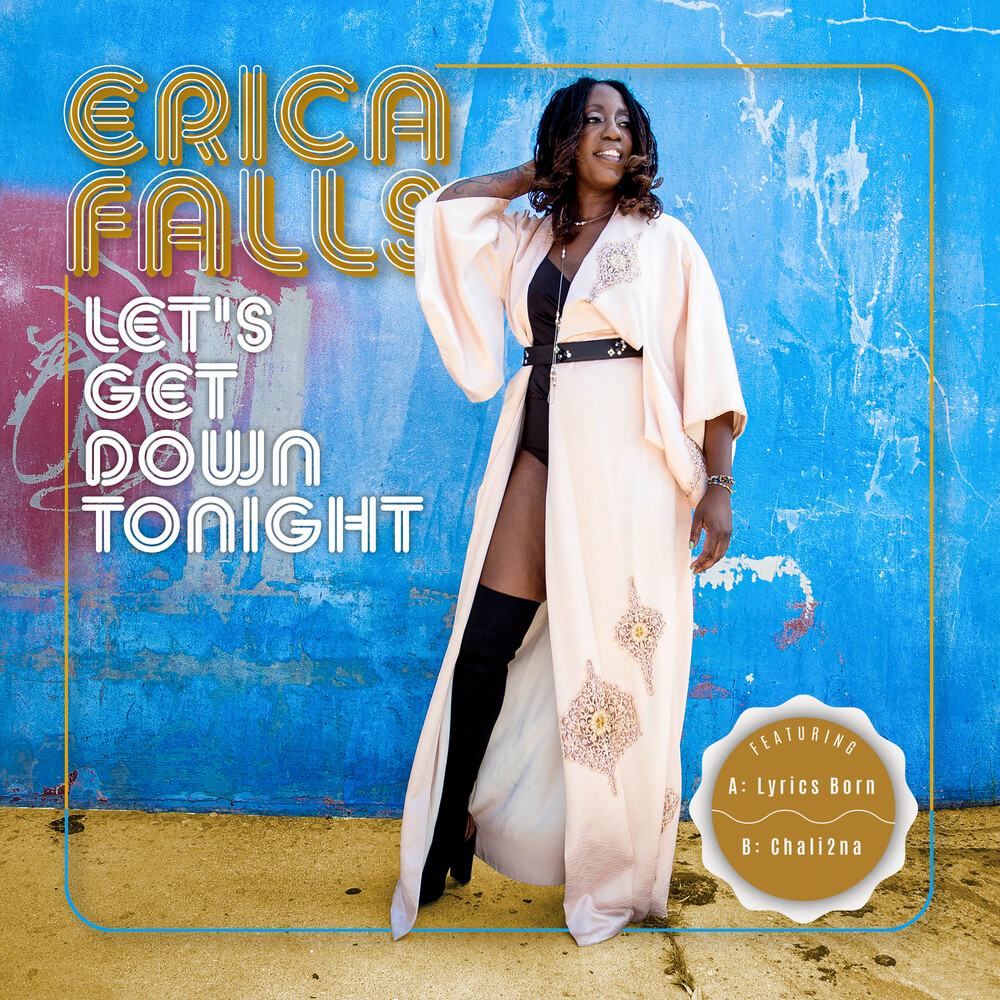 "Are you ready? Come on. Let's do our thing!" New Orleans neo-soul star Erica Falls has released her infectiously funky new single: "Let's Get Down Tonight" with Japanese rapper Lyrics Born. "Let's Get Down Tonight" has a call and response that will have you dancing from the couch / club / everywhere. The joyous, classic groove of "Let's Get Down Tonight" harkens back to the best dance tracks from the golden age of soul. The original song fits firmly in Falls' soul / funk / R&B wheelhouse, for which she credits a foundation in the church, as well as her roots as the youngest of eight in New Orleans. "My initial foundation is in the church, but my love and my foundation and the house that I live in musically is R&B," Falls says. "Let's Get Down Tonight" is Falls' first track off her upcoming album, and opens the door to a party that just won't stop, with buzzy lines like Lyrics Born's: "I need some fine red wine and an alibiHavin a ball with Miss Erica Falls"After a longtime career as vocalist for stars from Allen Toussaint to Jennifer Hudson, Falls toured for five years singing with jam funk collective Galactic, then set out on her solo path and has become a rising star with a world tour on deck. Her career was briefly sidelined by the pandemic, but is now getting right back into the groove. With all her guest appearances and solo sets, Falls has earned a whole new fan base with festival audiences, so her new single is eagerly awaited, and poised to take off on both dance floors and living rooms dance parties around the world. Falls' inspiration for the party vibe behind "Let's Get Down Tonight" as a kickoff tune for her new album is that after the last few tumultuous years: "Let's just forget about all that. Let's have some fun."She describes bringing her sound back to fans with new music, "To have some sort of normalcy in the future, like we can see light at the end of the tunnel, it's a good thing. I'm back in the studio recording, working on a new project. After, you know, that nice little glitch we had for a minute."Falls' new single "Let's Get Down Tonight" will be followed by a full album later this year, released on Louisiana Red Hot Records. The album will be a follow-up to Falls' "Homegrown" record, also released on Louisiana Red Hot Records."Let's Get Down Tonight" features Nick Mercardel (The Speakerbox Experiment) on drums, Chris Adkins (George Porter Jr.'s Runnin' Pardners) on guitar, Mike Bass (Trombone Shorty) on bass, Jason Hodge (The Speakerbox Experiment) on keys, and Kendrick Marshall (Cha Wa) on Hammond B3 organ.