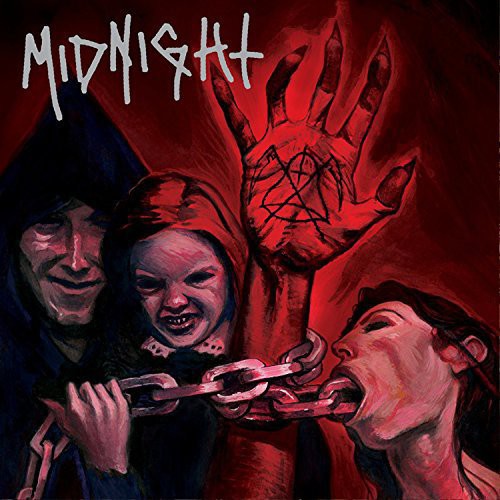 Hotter than Hell in the metal/punk underworld, Midnight's debut album, Satanic Royalty, became an instant classic upon it's release in 2011. Now, with anticipation at a fever pitch, the hooded demons return with the even better No Mercy for Mayhem. Whereas Satanic Royalty was the culmination of nearly a decade's worth of hard slogging in the underground, No Mercy for Mayhem is an intensification of everything it's predecessor seemingly perfected: the hooks even more anthemic, the power more piledriving, the dirt dirtier, the sum effect being absolute BLACKOUT. Really, there's no current band who are able to mainline classic heavy metal, hard-charging punk rock, and grimy rock 'n' roll quite like Midnight can, and No Mercy for Mayhem is studded-leather, 10-track proof that mainman Athenar and crew are at the top of their game and bow to no one. As an added bonus, initial CD pressings of No Mercy for Mayhem will include a bonus track and a whole bonus disc comprising Midnight's super-limited Alive on the Streets of Cleveland live LP. On your feet or on your knees, you'll get No Mercy for Mayhem from Midnight!