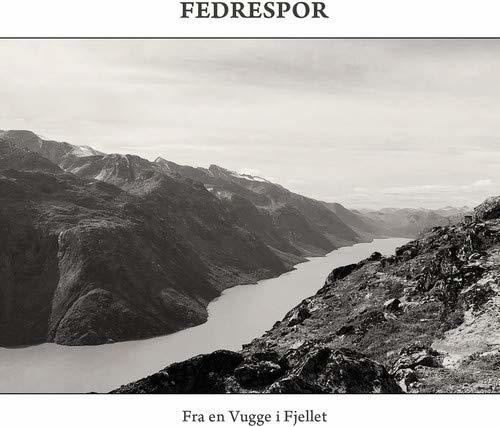 "Fra en Vugge i Fjellet" - "from a cradle in the mountains" - is the second album of Norway's FEDRESPOR. It is the singular vision of sonic outdoorsman Varg Torden Saastad, from the outback of Telemark: an expression for nostalgia, the pain of rememberance, yet ever moving forward, draped in an air of timelessness. The sounds and timbres resounding through "Fra en Vugge i Fjellet" are a melange of archaic and contemporary instruments: from the primitive percussion of birchwood and chestnuts to digital synthesizers via traditional Norwegian horns, drums, harps and lyres, all flowing together into a poetic whole. The harmonies and techniques of Fedrespor hark back to diverse sources such as the pastoral hymns of Popol Vuh and Mike Oldfield, the magnificent fjellsynth of Ildjarn-Nidhogg, and the sombre and yearning pomp of the Neofolk genre, converging in a unity imbued in rustic, frostencased swathes of dreamlike nostalgia. The Janus-faced works of Fedrespor reminisce of the days of yore but also gazes forward, leading the project to higher grounds than your contemporary superficially Norse-themed ethno-ambient. "Fra en vugge i fjellet" is an evocative journey, not just through the northern wildernesses but into the forlorn wilderness of the heart and memories of humankind.