Zachary Lucky - The Ballad Of Losing You | RECORD STORE DAY 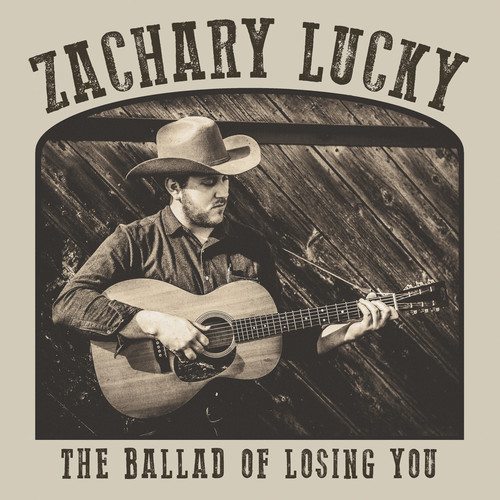 Hearing Zachary Lucky's songs, or reading or writing about this emerging and indelible Canadian artist's past, it would seem impossible to separate the singer-songwriter from his prairie origins. With the re-issue of his sixth release, The Ballad Of Losing You, there is an inherent shift. As the album title suggests, Lucky has constructed an earnest and personal narrative about the uncertainty of loss and of transformation. The style of "The Ballad Of Losing You" has drifted from his folk beginnings into a country and English ballad tradition. The tape and analogue production quality blend it with a purity and an honesty that parallel the lyrical narrative. It is a break-up record on surface level. But a deeper listen and a glance at the extent of Lucky's road dates suggest that other transitions and departures are at play in his creative evolution. "The Ballad Of Losing You" was engineered by Chad Mason and features such session players as Aaron Goldstein (City & Colour, Daniel Romano & The Trilliums) and Karrnnel Sawitsky (The Fretless) as well as mixing by Jonathan Anderson (Aidan Knight.) It is a serious and heartfelt listen- one that sacrifices modern perfection for an older sensibility, character and quality of tone and mood.