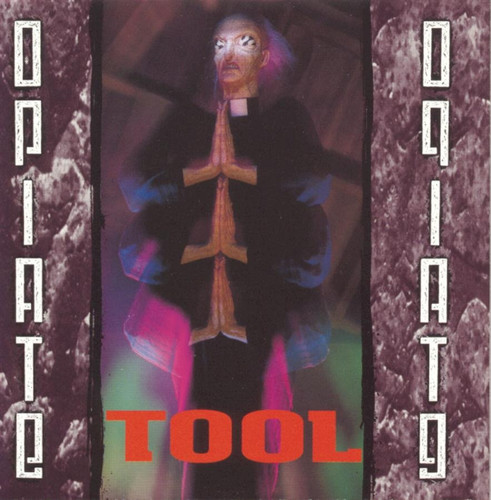 As the title of Tool's 1992 debut implies, they're none too impressed by religion, though other targets-fear ("Cold and Ugly"), hypocritical moralizing ("Jerk-Off"), nonconformity ("Hush")-get their time in the spotlight as well. Opiate is a collection of heavy, aggressive, cynical music (though the tail end of the title track sounds more like Acid Rock), packaged in songs noticeably shorter than on their later efforts (Undertow, 1993, and Aenima, 1996). While not as impressive as Undertow, arguably their finest effort, Opiate has a definite appeal.