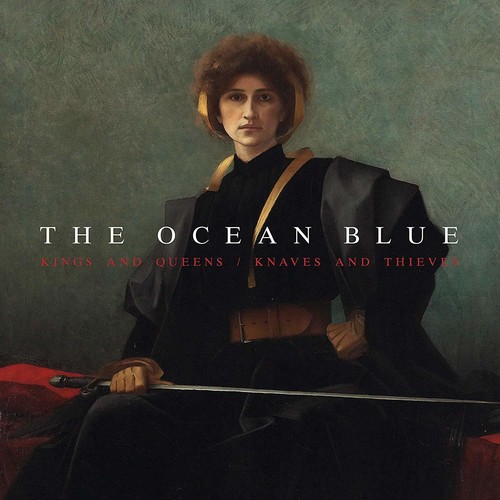 Dream pop legends The Ocean Blue release their first new album in over 6 years - Kings and Queens / Knaves and Thieves on Korda Records. The Ocean Blue arrived as the 1980s drew to close, and their debut record on famed Sire Records (Madonna, The Cure, The Smiths, Talking Heads) seemed to summarize the best of the musical decade. The band of four teenagers from Hershey, PA quickly achieved widespread acclaim and Top 10 Modern Rock/College Radio & MTV airplay, with hits like ''Between Something and Nothing'', ''Drifting, Falling'', ''Ballerina Out of Control'' and ''Sublime''. After a busy decade, the band left the majors in the late 1990s and continued with independent releases over the next decade, culminating with 2013's Ultramarine, hailed as one of their best albums. They've now returned with another signature album, the beautifully powerful Kings and Queens / Knaves and Thieves. The LP package is pressed on 140 gram vinyl and contains a digital download card.