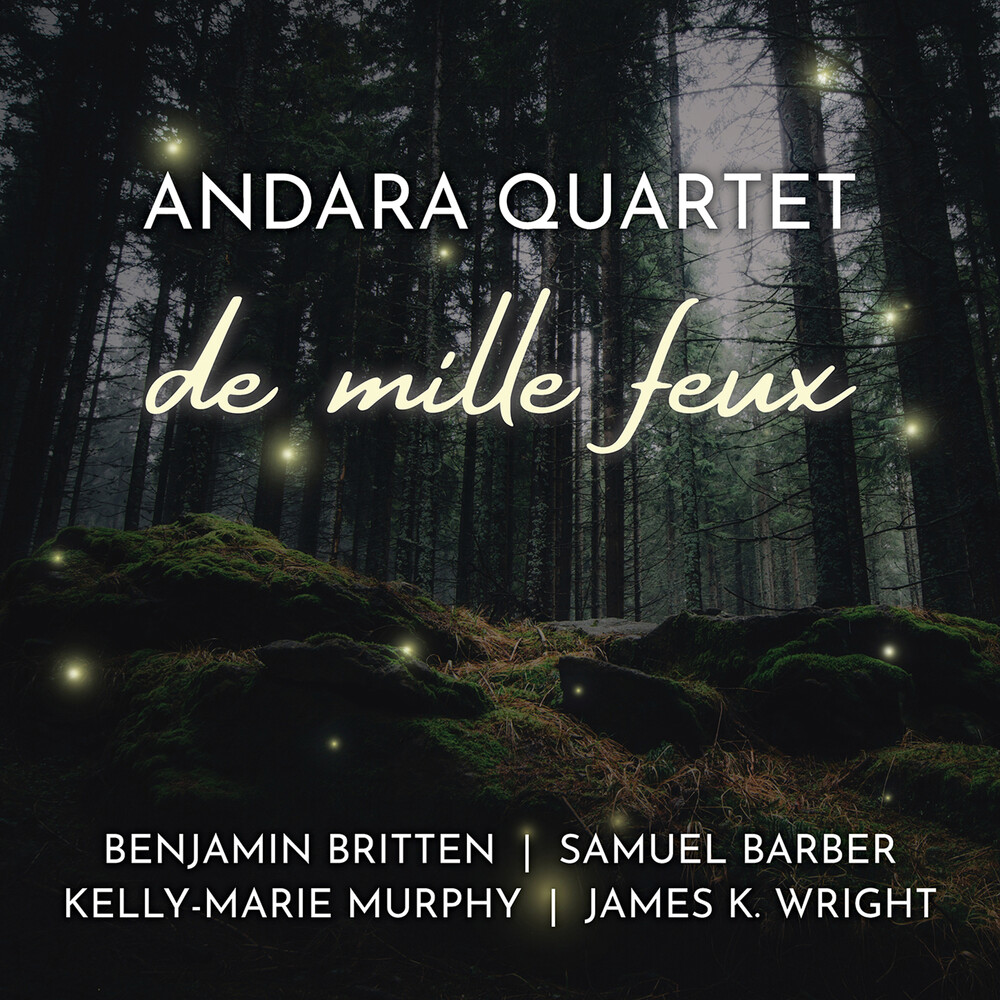 De mille feux sees James Wright in collaboration with the Andara Quartet to realize four unique works. The first, written by Benjamin Britten at the age of 28, String Quartet No. 1, Op. 25 is undoubtedly the most luminous of his four string quartets. The Andante sostenuto begins with one of the most remarkable opening pages in English chamber music: the violins and viola are seemingly suspended at a stratospherically high pitch, like a trail of twinkling, distant stars. The remainder of the work takes us on a series of voyages between earth and the cosmos, between the rooted energy of the ground under our feet, the impalpable shimmering of the ether in which we seem to bathe, and the human aspirations that travel between the two. In 1936, Samuel Barber completed the String Quartet in B minor, Op. 11, and he arranged it's Adagio movement for string orchestra later the same year. The quartet was premiered by the Pro Arte Quartet on December 14, 1936, at the Villa Aurelia, at the end of Barber's Prix de Rome residency there. In it's arrangement for string orchestra, the Adagio for Strings ultimately became Barber's best-known work. Dark Energy, from Kelly Marie-Murphy, was commissioned by the Banff International String Quartet Competition and the CBC as the required piece for the 2007 competition. In a single movement, the quartet opens softly and simply. It explores and displays a variety of string colors and techniques, and it continually gains momentum, eventually consuming itself with it's own propulsion. The final piece is James K. Wright's own, a commissioned piece intended as a gift from Carleton University professor David Cray to his wife, Ellen. While "Ellen at Scattergood" is ultimately programmatic in inspiration, it is otherwise largely "absolute music" in the traditional sense.