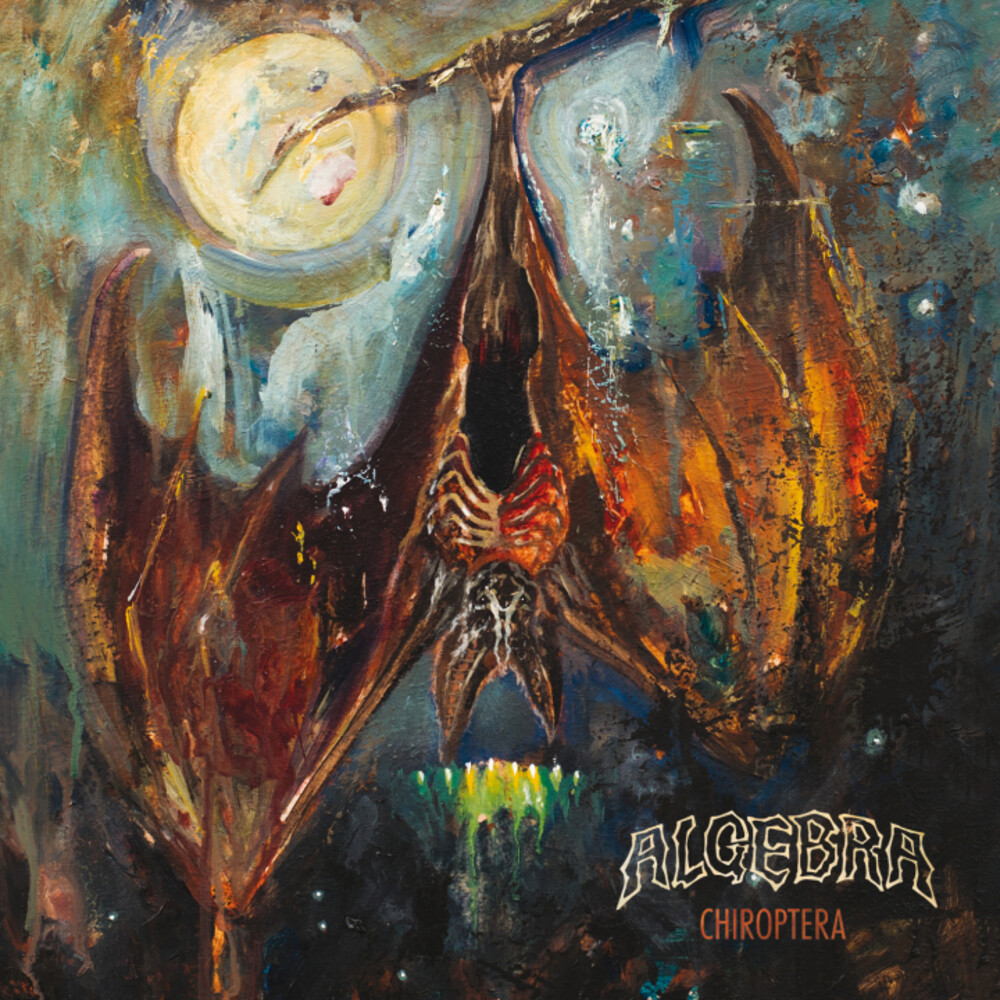 Swiss thrashers Algebra have become one of the most reliable machines in metaldom over the course of their fourteen years of existence. Like the famous Swiss watches, their music is clockwork-precise. Several overlapping schools of classic thrash coexist in their songs, with the heaviness and directness of the classic Bay Area bands somehow not crowding out the weirder, progressive flourishes of countrymates Coroner or even modern, post-1992 extreme metal influences, à la latter-day Megadeth, perhaps. It all comes together into a pummelling, yet controlled, behemoth of a band without visible seams on it's stainless steel outer shell.Their release schedule has been almost as reliable as their riffwork, with prior full-length albums Polymorph in 2012, Feed The Ego in 2014, and Pulse? in 2019. The latter two were their first outings for Unspeakable Axe Records, who is now proud to unleash their fourth album. Titled Chiroptera-with a suitably spooky bat painted on it's cover, courtesy of the talented Adam Burke-this may be Algebra's most advanced offering yet, without departing too greatly from the style they have been refining up 'til now.