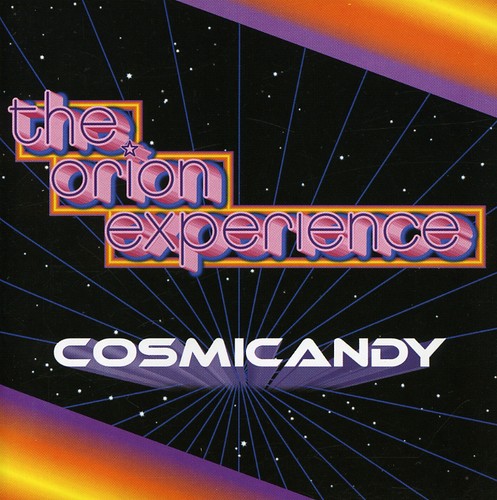 THE ORION EXPERIENCE Remember when rock 'n roll was fun, before all the shoe-gazing, skinny-jeans-wearing bands started to take it too seriously? Armed with an arsenal of energetic, sexually-charged power-pop tunes, The Orion Experience is bent on making sure you do too. The eclectic quintet, fronted by former Kitty in the Tree singer Orion Simprini, is fresh on the scene. Having formed in January 2005 their eager excitement explodes from each track on the debut album. Their carefree, positive vibe recalls late '60s and early '70s songwriting, spiked with sweet harmonies and toe-tapping beats. If The Orion Experience doesn't make you want to leap from your chair and dance, you might want to check your pulse. For Orion, who handpicked each member of the group for their personalities, the band's camaraderie is the key element to their solid sound. 'Every individual is important, but put together, they create a powerful, positive energy,' Orion said of The Orion Experience, which, despite bearing his name he also calls 'more of a collective than one person.' Their story begins when Orion met Linda Horwatt in college, where they were the sole scholarship recipients in the theatre arts department Sparks flew and eventually the pair moved to New York. Though they parted ways romantically Orion and Linda continued to connect through music. The petite singer, who is also an indie film actress - and, as Orion says, 'our cheerleader' - now shares vocal duties with Orion, adding airy harmonies as well as sweet keys, hand claps and tambourine slaps. Each member of The Orion Experience seems perfectly matched with his or her instrument. Larger-than-life Marcus Ferrar, who oozes energy and confidence, appropriately holds court over the drums Laid-back Kareem Lamar, a member of the Mash Out Posse that toured with Snoop Dogg, Korn and Linkin Park on the Projekt: Revolution tour - picks solid bass lines. The staggeringly-cool, fantastically-surnamed Erik Paparazzi, creates upbeat, inventive riffs. 'What we try to put out,' Orion said, 'is very positive, high energy.' Songs like 'Your New Boyfriend,' which was featured on an episode of the MTV reality show 'Laguna Beach,' prove they are effortlessly achieving that goal. The track takes melancholy lyrics like 'You and your new boyfriend were walking hand in hand / And I just can't remember when it hurt so bad,' and layers them over fluffy, sugary instrumentals. 'Adrianne' is a breezy, ode to the girl who has the narrator wrapped around her finger and 'turned this boy into a man.' Even the stalker-friendly 'Obsessed With You,' which opens with a lone guitar riff and is flushed out with a ska-infused beat and lyrics like 'I know your middle name / I've got a lock of your hair / I'm just a little bit insane cause I think I see you everywhere,' is full of bright humor. In fact, the only track that mirrors it's frustrated lyrics is 'Blood & Money,' which features heavier percussion and a borderline-gravelly riff (though the harmonized 'ah ah ah, yeah yeah' vocal and tambourine in the background allow the band's sunny side to poke through). With overflowing energy and bravado, The Orion Experience is ready to revive rock 'n roll's exuberance, and slap a smile on the face of even the most self-important indie rocker.